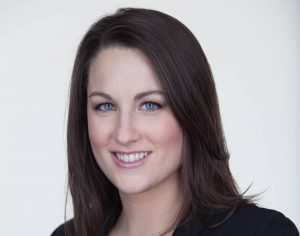 The Jim Henson Company has expanded the responsibilities of its VP of global distribution, Anna Moorefield.

She will now head all content distribution strategies for the company across all platforms, with responsibility for sales of all media across TV, cable, home video, and theatrical in all territories.

Moorefield is based at The Jim Henson Company HQ in Hollywood and oversees the distribution of current pre-school shows such as Dinosaur Train, Dot., Doozers, Splash and Bubbles, and Word Party.

Her remit also extends to classic series including Fraggle Rock and The Wubbulous World Of Dr. Seuss, with the exec also managing the distribution of primetime fantasy/sci-fi properties including Labyrinth, The Dark Crystal, Storyteller, and Farscape.

Most recently, Moorefield was responsible for the launch of numerous Jim Henson Company shows on Amazon Prime Video.

She reports to Chris Lytton, chief operating officer and EVP of strategy and business affairs, who said: “Anna is deeply passionate about our content, and her dedication and enthusiasm make her especially well-suited to take the reins of our global distribution business.”

Before joining the company in 2015, Moorefield was an account manager for the international television and digital distribution team at Lionsgate.

Teen Nick Israel, the Nickelodeon-branded tweens-and-teens channel that launched in 2017, is preparing to air an adventure series from local producer Nutz Productions.

Sky tells the story of a smart and assertive alien girl, who must try to hide her identity on Earth after her spaceship crashes. The show is being produced by Nutz and will be broadcast via the Hot Cable Network and Yes Satellite network.

It has been created by Giora Chamizer, who was behind hit teen drama Hahamama (The Greenhouse), which was also produced by Nutz and remade for Netflix under the title The Greenhouse Academy.

Writer Noa Pnini is also attached to Sky, with the series set to start shooting in February across various locations in Israel.