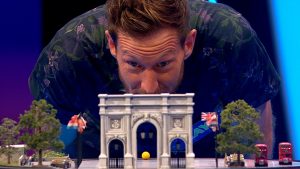 The show will premiere on CJ ENM’s tvN channel in February, with the deal struck by NENT Group’s UK sales outfit DRG.

Small Fortune was devised by Youngest Media and initially commissioned as a 6 x 60 minute series by ITV in the UK. It aired in 2019 and is due to launch in the US on NBC in 2020.

The format is billed as the world’s smallest physical gameshow and sees teams of friends and family members compete in tiny games set in miniaturised worlds, often replicating well-known landmarks or historical sites, in order to win big money.

Emmanuel Grinda from DRG was responsible for negotiating the deal with CJ ENM.

Small Fortune has also been optioned by Sony Pictures Television for a pan-regional deal in Latin America, and also by NENT Group, which has optioned the rights for the Nordic region. 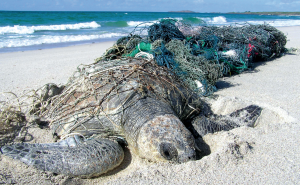 Blue Ant International has struck a swathe of deals ahead of NATPE 2020 next week, with broadcasters across the Americas picking up more than 320 hours of content.

National Geographic’s Latin American and US Hispanic platforms have added Airport Below Zero from Our House Media, while the Lat Am operation will also air Colombia’s Wild Coast from Blink Films and Blue, from Northern Pictures.

Globosat in Brazil has licensed the third run of Great Blue Wild, which showcases underwater footage from the world’s greatest divers as they encounter humpback whales and other sealife, while Canal 22 in Mexico has added crime show Who Killed Gandhi? and wildlife duo Deadly Australians and Wild Latin America.

In the US, Blue Ant has sold the third season of Best Cake Wins to BYUtv, REELZ has renewed its deal for Celebrity Legacies and Syfy has added short-form, animated series Don’t Feed The Humans.

“Blue Ant International is committed to providing compelling programming and storytelling that resonates with audiences across the Americas,” said Dufour. “Our diverse offering across genres reflects our continued approach to partnering with top-tier production companies to offer premium content.”

BBC One in the UK has commissioned a 1 x 60 minute special from Plimsoll Productions.

Oti’s South African Odyssey follows dancer Oti Mabuse as she returns to the country of her birth to show viewers her view of the country.

Mabuse will travel across the country starting at the nostalgic and familiar landscape of her childhood in Mabopane near Pretoria, before meeting with her family and friends.

Richard Klein, head of documentaries, UK & international, for Plimsoll, said: “We’re delighted to be working with Otiand the BBC. It’s an opportunity to see South Africa through the eyes of someone who has a real understanding and personal insight into this diverse, fascinating and beautiful country.”

The special has been commissioned by Kate Phillips, controller of BBC Entertainment, and Charlotte Moore, director of BBC Content. It will be executive produced by Kate Beetham for Plimsoll and Jo Wallace is the commissioning editor for the BBC.