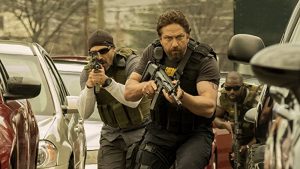 Amazon has struck a multi-year, multi-territory output deal with STXfilms that will see the latter’s content becoming available on SVOD service Prime Video.

STX, which is led by Robert Simonds and backed by companies including Liberty Global, Tencent and investment firm TPG Growth, will grant Prime Video all rights to the company’s movies in France.

The deal marks the first time a global streaming platform has entered into a multi-year all-rights slate deal in France, according to the two companies.

The streamer will also become the exclusive SVOD home for STX films in the UK and Italy.

In the UK, where STX distributes its films directly, the deal with Prime Video will build on recent partnerships on shows such as Hustlers, I Feel Pretty and Den Of Thieves. The two companies have previously worked together in the territory on films such as 21 Bridges and Peppermint.

Brad Beale, VP of worldwide content licensing at Prime Video, added: “Movies have always been popular with Prime members and we are excited to make STX films available on Prime Video in the UK, Italy and France.

“STX has a great track record of delivering entertaining films and we know our customers will love these movies.”