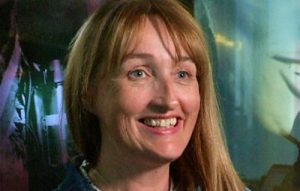 The BBC in the UK has rejigged its specialist factual division following the departure of Tom McDonald to international commercial arm BBC Studios.

Clare Sillery, currently head of documentaries commissioning, will take on an expanded role that includes ordering history and religion-themed shows.

Sillery has headed up documentaries commissioning for three years and has had responsibility for projects including BBC One duo Stephen: The Murder That Changed A Nation and Ambulance, as well as Forensics: The Real CSI and War In The Blood on BBC Two.

She also worked on Hometown and Glow Up for BBC Three and The Last Igloo on BBC Four.

Elsewhere, former development exec at UK producer Raw Jack Bootle becomes head of commissioning for science and natural history, having been a commissioning editor in the specialist factual department since 2018. His credits include The Yorkshire Ripper Files: A Very British Crime Story, Who Are You Calling Fat? and Spy In The Wild.

Tom Coveney also continues as a commissioning editor for science, reporting into Bootle.

Alison Kirkham, the BBC’s controller of factual commissioning, said: “Both Clare and Jack are highly skilled and well-respected creatives and I look forward to working with them and further enhancing our reputation for delivering world-class content.”

Sillery added: “My new role will enable us to explore ideas together across an incredibly broad spectrum of genre and form. On a subject like crime, for example, we can range from an observational documentary series like Murder 24/7 (working title) on BBC Two to an authored history series like The Yorkshire Ripper Files for BBC Four.”

McDonald, who previously served as head of natural history and specialist factual commissioning, is now responsible for the overall factual strategy and will lead the division’s creative teams. He had overseen all natural history, science, history and religion and ethics programming across BBC One, BBC Two, BBC Three, BBC Four and VOD service iPlayer.