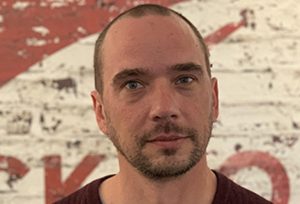 Back Roads Entertainment, the US producer behind BET Network’s 50 Central, has appointed former MGM executive Bret Calvert as VP of development and opened a new HQ in Austin, Texas.

Calvert will report to CEO Colby Gaines and is charged with overseeing development and creating original formats for broadcast, cable and streaming platforms.

He previously served as VP of television at MGM under Mark Burnett and Barry Poznick, where he oversaw all aspects of development and production for shows including Fox’s Beat Shazam, CBS’s The World’s Best and upcoming series Generation Gap for ABC.

Prior to that, he worked on series including The Biggest Loser, Are You Smarter Than A 5th Grader and Steve Harvey’s Funderdome.

Calvery’s arrival coincides with Back Roads’ relocation of key staff to Austin, which will house Gaines and manager of development Alexis O’Donnell.

Gaines, executive producer and founder of Back Roads, said: “I was born and raised in Texas, so it’s exciting for me to see how Austin has quickly become a hotbed for talent and creative resources. I’m proud to be part of the city’s narrative as it continues to cement its place as a leading town for entertainment across all platforms.”

He added: “Bret has a reputation and track record for developing and producing formats for a worldwide audience. He’s the perfect fit to lead our development efforts as we continue to prioritize entertainment formats for our global talent and brand partners.”

Back Roads, which launched in 2011, recently announced an overall co-production partnership with NBA Hall of Famer Shaquille O’Neal and has been behind variety format 50 Central starring rapper 50 Cent, as well as Big Bad BBQ Brawl for Cooking and Joking Off for MTV.