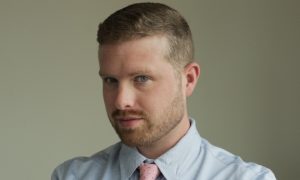 Spry becomes VP of development at Jupiter, which recently named Patrick Reardon as president after the exit of Allison Wallach, while veterans Harrison Land and Todd Moss become SVP’s at the company.

In his new role, Spry will be based in New York and develop unscripted programming for broadcast, cable and streaming platforms. Previously, he served as SVP of production and development at Hudsun Media, working on shows such as The Toy Box for ABC.

His arrival is part of Jupiter’s refocused strategy that will see it prioritising new genres including lifestyle, male factual and premium feature documentary. The company has already secured several unannounced projects across multiple networks and platforms.

“Chris brings a wealth of expertise and the perfect development background as we position our efforts to build on these new opportunities,” said Reardon.

Elsewhere, Land’s new role will see him add premium factual content to his roster of true crime projects, while Moss, who will be based out of Jupiter’s Knoxville office, has also been promoted having produced US shows such as Snapped for Oxygen and Homicide Hunter for ID. Both execs report directly to Reardon.

“With strong creative voices, deep relationships in the community and stellar track records for breakout programming, Harrison and Todd have been an integral component to Jupiter’s success,” Reardon said. “Their continued leadership will be invaluable as Jupiter expands in the years to come.”