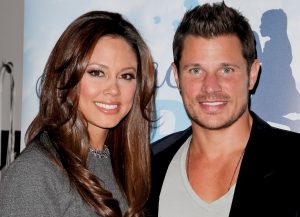 Love Is Blind is from Red Arrow Studios-backed Kinetic Content and will be hosted by TV personalities Nick and Vanessa Lachey. The 10-episode series will premiere globally over three weeks beginning February 13.

The show follows singletons who want to be loved for who they are, rather than what they look like and explores what happens when couples pair up without having ever seen them.

Each episode follows individuals as they talk to a stream of potential love interests before they propose, only then seeing their potential partner for the first time. As they prepare for their wedding day, the couples decide whether they can remain together.

The prodco has previously been behind shows including the 10th season of hit Lifetime series Married At First Sight, Man vs. Bear for Discovery, and Friends Speak for Reelz. Kinetic, which sits under ProSieben’s Red Arrow Studios division that is currently up for sale, is also behind forthcoming show Spy Games for Bravo, which premieres January 20.

Dating formats have been surging in popularity over recent months, with Quibi yesterday reveaing it was working with ITV Studios Entertainment on new format The Hot Drop.