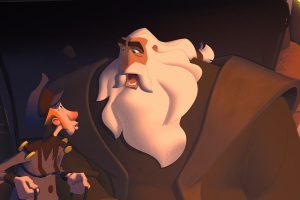 Klaus, the first animated original movie from Netflix, has proved a hit according to the streamer.

Netflix, which is normally coy on viewer numbers, said that the family film was streamed by 30 million households in its first month. This, Netflix said, makes it one of its most streamed originals.

Earlier this year, the streamer pledged greater transparency over viewer numbers and said that it counts one view when an account streams at least 70% of a title. However it’s worth noting that these numbers have no third party verification.

Netflix also said that Klaus, which was directed by Despicable Me creator Sergio Pablos, has attracted high repeat viewing, though that is not included in the 30 million count.

It had previously revealed that the Sandra Bullock viral hit Bird Box was viewed by more than 80 million households in its first month and that the latest season of Stranger Things was watched by 40.7 million households worldwide in its first four days following its launch on July 4. Netflix also said that 18.2 million accounts had watched the entire series in that period.

Of its latest high-profile titles, Netflix predicted that Martin Scorsesse’s The Irishman will reach 40 million views within its first month.

While the industry is trending towards transparency, both Amazon and Disney have said that they do not plan to share viewer numbers.

For Disney, a report claimed that the reason for not sharing figures is that it is not beholden to any advertisers. Its internal teams feel that putting numbers in the public realm would just put more focus on each individual performance rather than the service as a whole.

Amazon meanwhile has been very public with its aversion to streaming metrics, with Amazon Studios head Jennifer Salke saying: “We agree that it’s not a strategy for us. We know what the numbers are.”