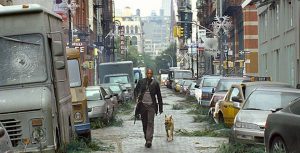 Village Roadshow said in a stock exchange filing that it had received an indicative proposal from PEP with an offer of A$3.90 per share. The offer price is at a 22% premium to the company’s closing price on Wednesday.

Village Roadshow said it believed shareholder’s best interests would be served by conducting exploratory discussions with PEP, adding that it’s prepared to provide the private equity firm with due diligence information.

It has expanded its presence in television production with Roadshow Rough Diamond and Blink TV and also has a 31% interest in FilmNation Entertainment Inc., the US-based international film sales and production/distribution company.

It also has a shareholding in movie producer, Village Roadshow Pictures, which has produced titles including The Matrix trilogy, the Ocean’s trilogy, Charlie And The Chocolate Factory, Happy Feet, Get Smart, I am Legend, Sherlock Holmes, The Great Gatsby and The Lego Movie.

Village Roadshow has been embroiled in disagreements between members of the founding family over how the business had been run after a three-year share price slide wiped $500m off the company’s value.