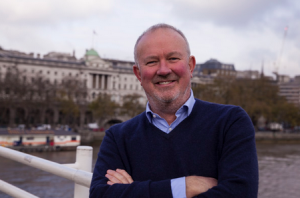 TRX founders David and Matthew Frank have agreed a new deal with the online TV licencing platform, which they say will secure its operations for 2020 and beyond.

The brothers announced their departure from TRX in early October, saying that David would step down as executive chairman and Matthew as CEO at the end of this year. News of their departures left a question mark around the future of TRX.

But, under a deal announced by the board of Dial Square 86, owners of TRX, the brothers will remain involved with the business in a non-exec advisory capacity.

They will oversee the existing TRX team, who will continue to be based at Somerset House in London. It is not immediately clear who will head up the company’s day-to-day operations following the changes.

In a statement, TRX said the agreement “removes the uncertainty that has surrounded TRX since October and ensures that it’s business as usual in 2020.”

The Frank brothers have yet to unveil their own plans for next year.

Matthew Frank, CEO of TRX, said: “I’m absolutely delighted that TRX will be continuing and that David and I will have an involvement in the business. Having spent five years of our lives building and investing in TRX we’re as keen as ever to help it grow to the next level.”

TRX enables distributors to conduct business using the portal, which is unique in allowing for end-to-end transactions. One particular selling point was that the platform could cover the deals for back catalogue fare that don’t necessarily require extensive in-person dealings. However, it has struggled to gain traction given the premium still placed across the industry on face-to-face meetings.