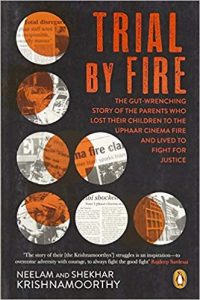 Endemol Shine India is creating a web series about the true events surrounding the Uphaar Cinema fire in Delhi in 1997, which killed 59 people.

The show is based on Neelam and Shekhar Krishnamoorthy’s book Trial By Fire: The Tragic Tale Of The Uphaar Fire Tragedy and will be helmed by Prashant Nair, whose 2015 film Umrika is the only Indian film to ever win an award at the Sundance Film Festival.

Mumbai-based prodco Story Ink put together the project and its founder Sidharth Jain is attached to produce.

The book is a first-hand account of the Uphaar Cinema fire and follows Neelam and Shekhar Krishnamoorthy, who fought for justice for 19 years for their children, Unnati and Ujjwal, who were amongst those killed.

The book, written in the voice of Neelam, follows the lives of the couple after the Uphaar tragedy as they wage an ongoing battle against the owners of the cinema for justice.

Abhishek Rege, CEO at Endemol Shine India, said: “We at Endemol Shine India are always on the lookout for stories and characters that will touch an audience at its core. At the heart of this story is the Krishnamoorthys’ determination to fight in memory of their children and lays bare their personal loss and struggle for closure. 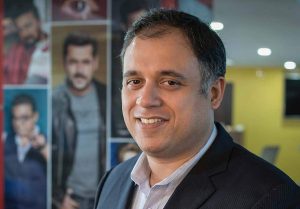 “The loss of a child and the anguish of the parents who are fighting for justice on behalf of their children are difficult emotions and Prashant Nair was the perfect choice to bring this authentic, sensitive and hard-hitting real-life tragedy to screen.”

Neelam and Shekhar Krishnamoorthy added: “We hope that this series is an apt ode to our children and the 57 other victims, as it brings to light to a wider audience the horror of the Uphaar Cinema fire and our struggle for Justice.”

The show is the latest project for Endemol Shine India, which is also behind Bombay Begums for Netflix, as well as working with Shekhar Kapur and UK-based Tiger Aspect – an Endemol Shine sibling – to develop The Ibis Trilogy for the global market.