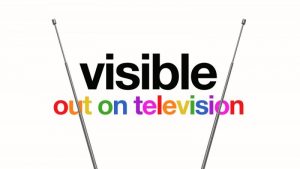 Apple TV+ is ramping up its factual offering with a five-part docuseries that has Wanda Sykes attached and which explores how the LGBTQ movement has influenced television.

Visible: Out On Television is from filmmaker duo Ryan White (The Keepers) and Jessica Hargrave, who executive produce alongside Sykes and Wilson Cruz.

All five of the show’s episodes will debut 14 February exclusively on Apple TV+ and investigate the importance of TV as a medium that has shaped the US conscience and how the LGBTQ movement has shaped television.

The series will use archive footage and interviews with stars including Ellen DeGeneres, Oprah Winfrey and Anderson Cooper to explore themes such as invisibility, homophobia, the evolution of the LGBTQ character and coming out in the TV industry.

The long-awaited Apple TV+ debuted 1 November in more than 100 countries and is priced at $4.99 a month, following a seven-day free trial.

It is also behind wildlife doc The Elephant Queen and Oprah’s Book Club, which follows presenter Oprah Winfrey as she discusses novels with some of the world’s most compelling authors.