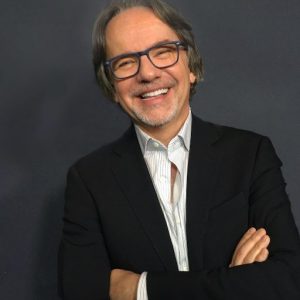 Leonardo creator Frank Spotnitz has said the formation of European commissioning club The Alliance is a sign that broadcasters understand the threat they face from streamers and has urged them to offer more freedom to creatives.

Spotnitz, who co-created and exec produced Ransom for CBS, is behind The Alliance’s big budget drama Leonardo, which stars Poldark actor Aidan Turner and tracks the life of Leonardo da Vinci.

Earlier this month, Sony Pictures Television partnered up on the eight-part limited drama, which is from Italian duo Lux Vide and Rai Fiction.

It has been commissioned by European pubcasters Rai, ZDF and France Télévisions, and Spotnitz – whose company Big Light Productions is co-producing the show – said the Alliance’s formation signalled that the trio understood the threat from streamers such as Netflix and Amazon.

There had been a “tendency” for writers to work and for TV execs to be the bosses, Spotnitz told delegates here at NEM Zagreb, but The Alliance “is a sign that those three broadcasters recognise that things are having to change.

“What we need now is for producers and other broadcasters to recognise that as well, and to look at how we can embrace [these changes] to make our best work.”

Spotnitz, who also exec produced Medici: Masters Of Florence and was behind Amazon drama The Man In The High Castle, said European creatives should look to create work that is co-operatively produced rather than auteur-driven.

“Submerge your ego, it’s not all about ‘me’,” he said. “In Europe, which is home to the auteur, that’s strange to hear but I’d say to everyone – even to directors – that it’s not about you. We are all coming together to produce shows now and we need to come up with ways to do that, within a system and structure to do that.

“We also need producers and broadcasters to do their part, to listen to creative voices and not to make decisions based on fear and cynicism.”

Spotnitz, who was also behind The X Files, said he had three French-language shows in the works, but declined to reveal further details. He added that demand for drama meant he “wouldn’t be afraid to do shows in whatever language is most appropriate – and that is a big change.”

He is also working with Oscar-nominated director Jim Sheridan (In The Name Of The Father, Brothers), who is making his first move into TV with the scripted veteran.