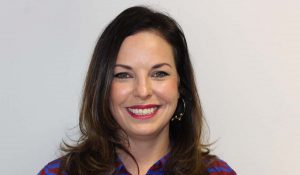 Cooke will join the company in January with a remit to build on developing original format content, both in the UK and internationally. She reports into creative director, Elaine Hackett.

Cooke spent two years at Studio Ramsay as head of popular factual, where she executive produced shows including Channel 4’s Born Famous, which she also created.

She was also behind Fantastical Factory Of Curious Craft for the UK broadcaster and worked on shows such as Gordon, Gino And Fred’s Road Trip, The Savoy, and Gordon Ramsay: Uncharted.

Prior to that, Cooke was features commissioning executive at Channel 4, where her output included Rescue Dog To Superdog and Peter Cook And Dudley Moore: The Missing Sketches. She has also worked as a series producer on programmes such as The X Factor, Obsessive Compulsive Cleaners and Come Dine With Me.

Hackett said: “We’ve always liked to push the boundaries at Crackit, launching content that is startling, humorous or technically innovating and Helen will help us to continue to think big and make the impossible, possible.

“She is extremely talented and has developed and produced super-sized, entertaining formats with scale and ambition. She also has an eye to spot the next niche waiting to explode. I’m thrilled she’s going to be part of the team.”

Cooke added: “To be joining Crackit at a time when it’s going from strength to strength is really exciting and I’m looking forward to building on its current successes and helping the company grow both in the UK and globally.”