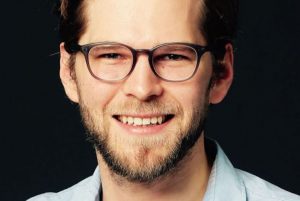 Germany’s ZDF Enterprises (ZDFE) has appointed Lasse Scharpen to head up a new scripted division it is launching.

Scharpen will become a co-CEO at ZDFE’s Network Movie Film and TV Production and will be responsible for its new banner Studio Zentral, which will develop fictional productions for the national and international market.

Most recently, Scharpen worked as a producer at Bantry Bay Productions in Berlin and before that worked with ZDF to produce films including Ugly & Blind and At Home. His recent credits include TV series Druck and Soko Potsdam for ZDF, as well as forthcoming show Deutscher.

Fred Burcksen, president and CEO at ZDFE, said: “We are delighted to have secured Lasse Scharpen for this challenging role. With his impressive creative skills, he is the ideal person to set up Studio Zentral for us. We are looking forward with excitement to the fresh momentum he will give to the production of high-quality, successful fiction.”

Scharpen, who takes up his new role in April, added: “Our industry is changing radically and the need for content is now seemingly endless. This makes it even more important to choose the right home and partner for your in-house productions.”

Network Movie was founded in 1998 as a subsidiary of ZDFE and has produced numerous TV films and scripted series. It is run by Jutta Lieck-Klenke and Wolfgang Cimera, who will remain CEO’s alongside Scharpen.