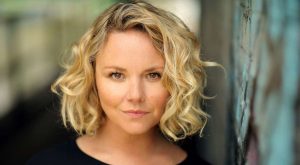 ViacomCBS-owned Network Ten in Australia and Channel 5 in the UK have joined forces to commission a four-part drama from Fremantle.

Breathless (4 x 60 minute) is centred on a British woman and her husband who seek a fresh start in Australia after infidelity rocks their marriage only to find the young local nanny they hire is not as innocent as she appears.

The series will commence production early 2020, with the show’s creator Jason Herbison executive producing for Fremantle and Greg Barnett acting as commissioning editor for Channel 5.

The series will be filmed in Melbourne, Australia, with funding assistance from Film Victoria, and directed by Scott Major (Playing For Keeps). Charlie Brooks (EastEnders) and Brett Tucker (The Americans) are among the cast.

The show marks the first joint primetime content initiative between Channel 5 and Network Ten since the completion of the ViacomCBS merger yesterday, which brought the two free-to-air networks together under common ownership.

The network have worked together previously however, notably on the spin-off from long-running soap Neighbours. Neighbours: Erinsborough High premiered on the broadcasters’ respective digital streaming services, 10 Play and My5.

Network 10’s chief content officer, Beverley McGarvey, said: “Having worked with Channel 5 on a number of projects previously, we’re really excited to be working with them once again to bring this captivating new drama to Australian audiences, this time as a sister company. It’s a great example of the opportunities the ViacomCBS merger can bring to markets around the world.”

Ben Frow, who was recently handed an expanded remit as director of programmes for ViacomCBS’s UK networks, added: “First and foremost, Breathless promises to be a really compelling addition to our expanding line-up of quality drama that is proving popular with British audiences across both our TV networks and streaming services.

“At the same time, it’s a great way of extending our partnership with Network 10 – with a shared language and such strong cultural connections between the UK and Australia, there is obvious potential to explore further opportunities for content sharing now Channel 5 and Network 10 are part of the same family.”