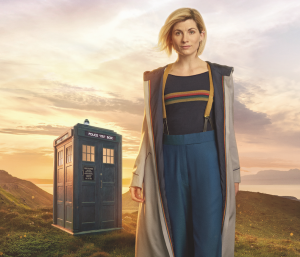 Russian tech giant Yandex has acquired an array of scripted series and kids shows for its streaming service KinoPoisk, as part of a “major output deal” with BBC Studios (BBCS).

The multi-year agreement will see KinoPoisk exclusively offer more than 100 hours of BBCS programming each year, alongside additional content from a range of UK producers in the distributor’s catalogue.

The deal also includes a commitment from Yandex to develop BBCS scripted formats and take AVOD rights to over 150 episodes of BBC Studios’ children’s brands.

The arrangement will see KinoPoisk becoming the exclusive streaming home for existing series of Doctor Who in Russia, as well as the forthcoming 12th season of the show, which will be released in Russia the day after UK transmission on 2 January 2020. Further titles included in the agreement have not been revealed.

Salim Mukaddam, SVP for Central and Eastern Europe, Mediterranean and Africa at BBCS, said: “This is the first significant step in our strategy to serve that increasing demand [in Russia] and provides us with the opportunity to showcase British creativity and storytelling to new audiences.

“We are delighted to be entering the next phase of our relationship with Yandex. This is just the beginning, and I cannot wait to see what we can achieve together in the coming years.”

Olga Filpuk, chief content officer at KinoPoisk, added that the deal was part of the company’s strategy “to constantly expand our high quality foreign content proposition. By doing this, we can help viewers stay up to date with the most exciting global premieres online.”

Filpuk added: “With a new BBC Studios deal in place, we expect to deliver more content with a global appeal to the Russian viewers in years to come. We also look forward to exploring scripted content creation opportunities with the BBC creative team in the near future.”

Yandex was formed in 1997 and offers a raft of consumer services ranging from e-commerce and transportation services to navigation products and multimedia devices, as well as streaming offerings.