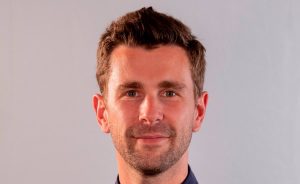 Exec producer Jacobs oversaw a range of specialist factual series during his stint at Woodcut, including Combat Machines for History, World’s Greatest Palaces and Royals On The Frontline for Yesterday, and Wings Of War for Quest.

He was also the executive producer for pop science series, How Hacks Work, which marked Viasat World’s first co-production.

Prior to Woodcut, Jacobs worked at DNI for 10 years as executive producer, and a production and development exec for factual, with credits on series including Quest’s returning series Aussie Gold Hunters and The Great Shark Chase with Monty Halls.

Among his commissions were Outback Truckers, The Somme: The First 24 Hours with Tony Robinson and Cars That Rock with Brian Johnson.

Woodcut CEO Kate Beal said: “Adam has been the driving force behind the development and production of some of our most successful specialist factual series, and he will be sorely missed, but of course we wish him all the best.”

Jacobs added: “I’ve thoroughly enjoyed working at Woodcut and contributing to the development of their growing factual slate. I am now at the stage where I am looking forward to expanding into new areas, especially as programming is evolving at such a fast pace, and multi-platforms are impacting a new wave of content.”

Jacobs’ next move is not yet known.