Day becomes executive producer for See-Saw’s UK TV arm and will oversee selected shows from the company’s existing slate as well as developing her own projects.

She will report to head of TV Jamie Laurenson and chief operating officer for TV, Hakan Kousetta. 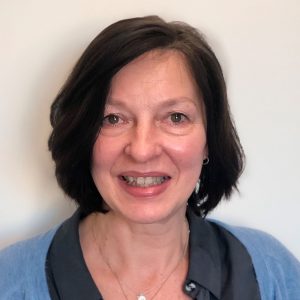 Day most recently produced Responsible Child for Kudos and the BBC, having produced season two of Jodie Comer and Sandra Oh-starring Killing Eve. She also worked on Secret Diary Of A Call Girl for ITV2, BBC Two’s White Heat and Channel 4’s My Mad Fat Diary.

Prior to that, Day was head of film at Darlow Smithson, producing theatrical documentaries and TV dramas including Impact Earth, Clapham Junction, The Diary Of Anne Frank and U Be Dead. She also worked as deputy head of production at FilmFour.

“We are thrilled to have Elinor join the See-Saw team, especially as we continue expanding our television slate in the UK,” said Kousetta and Laurenson. “Elinor’s breadth of experience and extensive industry knowledge will undoubtedly make her an extraordinary asset to our growing television division. We are delighted to have her on board.”

Day added: “It’s such an amazing time for television drama both in the UK and internationally, and with See-Saw’s outstanding reputation for creative excellence and risk-taking, they’re brilliantly poised to make the most of these opportunities. I can’t wait to get started.”

See-Saw has also been behind Nicole Kidman- and Elisabeth Moss-starring Top Of The Lake: China Girl, short-form series State Of The Union and is working on The North Water for the BBC.