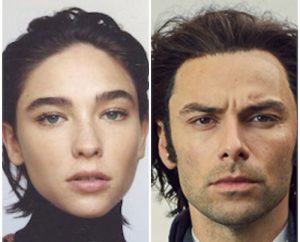 Leonardo has been created by Big Light Production’s Frank Spotnitz (The Man In The High Castle) and Steve Thompson (Sherlock) and will explore the character of the famous inventor and artist.

Turner will play da Vinci and is joined by Freddie Highmore (The Good Doctor, Bates Motel), who will play a fictional detective in Milan investigating da Vinci as the suspect in a murder case. Starring alongside them is Matilda De Angelis (The Undoing) and Giancarlo Giannini (Catch 22).

The series, to be co-produced and distributed internationally by SPT, is described as “a large-scale production, bringing together collaborators from across the continent to tell the story of an incomparable hero at the heart of the Renaissance.”

The English-language show was on the launch slate for The Alliance, the commissioning club founded in 2018 by European pubcasters Rai, ZDF and France Télévisions.

“While da Vinci made his name in Florence, people everywhere feel he is somehow a part of their story,” said Brendan Fitzgerald, SVP of international co-productions at SPT. “Together with Rai Fiction, Lux Vide, and Big Light Productions, we hope to tap into this and tell a story that remains true to its Italian origin and resonates the world over.”

Eleonora Andreatta, director of Rai Fiction, added: “The series is dedicated to a historical character who embodies the cultural and human power of the Renaissance, in a synthesis that marries a powerful Italian identity with a wealth of values of universal relevance.”