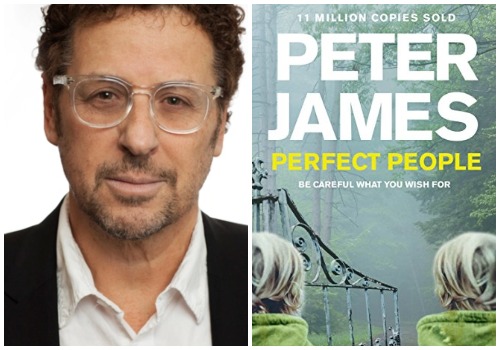 Hasak is teaming with Germany’s Leonine and reuniting with NENT Group for the production of the event series, which is set in the world of genetically-engineered children who, as they hit puberty, are revealed to be not as “perfect” as their designers had intended.

The showrunner behind USA Network’s Eyewitness is currently working with Viaplay operator NENT Group and Kew Media on international drama Margaux, which is set for production in early 2020. Production on Perfect People will begin after that drama wraps.

Hasak will serve as showrunner and exec producer for the international co-production, which is planned to shoot in the UK. Perfect People marks his fourth straight-to-series project in recent times. He is also attached to adapt ZDF’s Tempel for the US.

The production comes during a significant growth period for Leonine, the fast-growing German media group backed by US investor KKR, which includes Tele München Group, Universum Film, Universum and i&u TV, and has a catalogue of more than 7,000 titles including Sanctuary and feature film Moonfall. Most recently, the business struck a deal to acquire Wiedemann & Berg TV (W&B TV), the Endemol Shine Group-owned company behind Netflix drama hit Dark.

Filippa Wallestam, chief content officer for NENT Group, said: “We’ve premiered more than 20 original series on Viaplay this year, and we’re only just getting started. Adi Hasak is a very special talent and we are delighted to be working on an exciting new project together.

“Perfect People not only explores a highly topical subject, but will provide a fantastic showcase for the penetrating psychology, relentless tempo and vivid characterisation that have typified all Adi’s productions and thrilled audiences around the world.”

Cosima von Spreti, head of co-finance and co-production for Leonine, added: “Perfect People is the kind of exciting project we are looking for to continuously expand our slate of international co-productions. We strongly believe in the talent behind this series and are happy to collaborate with such a renowned showrunner as Adi on developing Peter James’ bestselling book into an outstanding television event.”