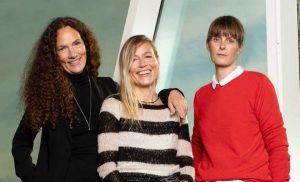 Kamikaze is based on Erlend Loe’s Norwegian novel, Muleum, which follows the life of an 18-year-old woman named Julie, who is both fierce but hypnotically charming.

The eight-parter is being produced by Ditte Milsted from Profile Pictures and is written by author and screenwriter, Johanne Algren. Annette K. Olesen (Borgen) is attached to direct, with production set to start at the beginning of January.

The story begins shortly after Julie’s 18th birthday, as she receives a final text message from her father. Seconds later, her parents and big brother are killed in a plane crash in Uganda, leaving her living in a mansion with but alone in the world prompting to undertake a global journey of rediscovery.

Palmquist, commissioning editor and VP of original programming at HBO Nordic, said: “Where most Nordic series for young adults are focused on friendships, life at school and the local environment, Kamikaze definitely turns its back on the home turf and takes you on a tour de force out in the world – from Seoul to Mexico, London to the Sahara Desert.”

Milsted added that the show would be a “wild, edgy and surprising story about a young woman who – because of some horrific circumstances – takes a giant quantum leap into life. It feels like the right thing to produce Kamikaze in collaboration with HBO Nordic, and we believe that this series will both challenge and entertain its audience.”