Show of the week: Halifax Retribution 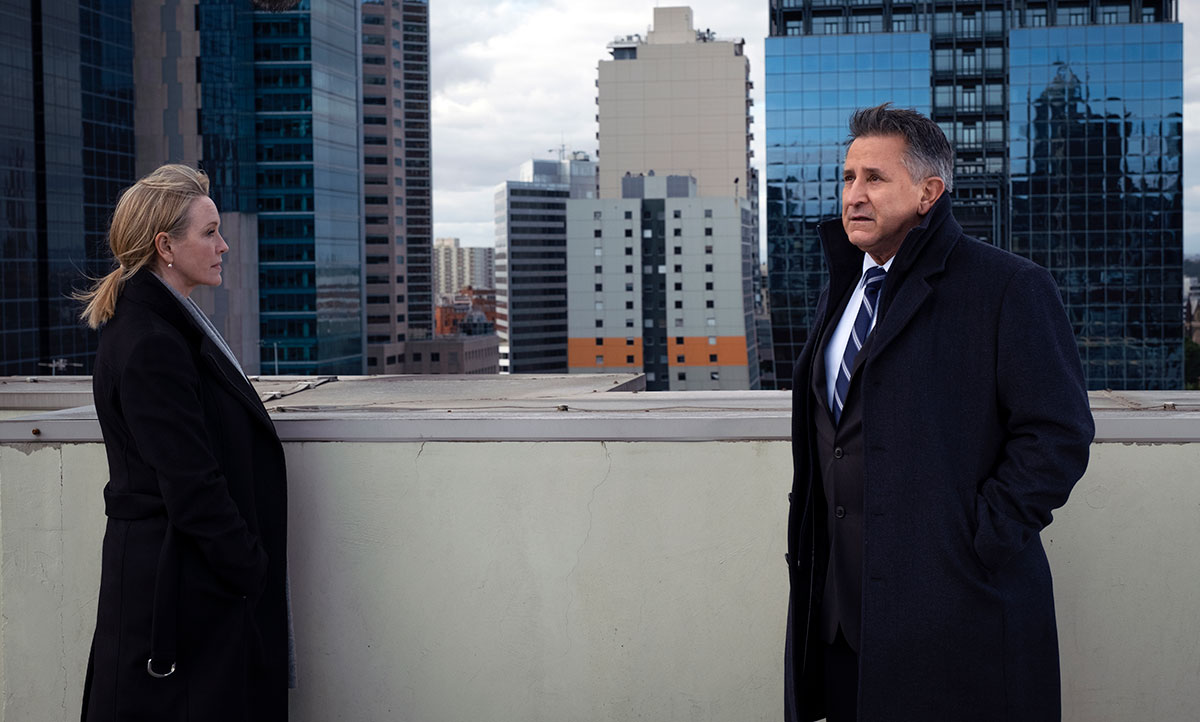 In some ways, Halifax: Retribution might seem like a reboot of sorts but in truth it’s vastly different from the cult telemovies that became iconic in Australia and beyond.

Based on the original Halifax F.P films that aired on Nine Network during the 1990s and early noughties, Halifax: Retribution has been stripped down and rebuilt for the current TV landscape.

Again commissioned by Nine Network but also set to become available via its sibling Aussie streamer Stan, the eight-parter has broken away from its telemovie roots and become a fully fledged series. But it retains much of what made it so popular, with forensic psychiatrist Doctor Jane Halifax, played by Rebecca Gibney, still at the centre of the series.

Also onboard is Roger Simpson, who produced the telemovies with Roger Le Mesurier, and he’s clear that after more than 20 years and a similar number of films, he hadn’t necessarily expected the show to return.

“After 21 TV movies we called it a day even though there was still appetite for them, we thought we’d had a really good run,” he says. “Then 20 years, later the network came back.”

Simpson says there had been conversations about reviving the show’s central character over the years, but admits that a straight reboot wasn’t an option. However, with a TV landscape that had developed into “completely different environment” – including the growing presence of the streaming services, the potential of building on the Halifax brand and the Jane Halifax character was inescapably alluring.

“I knew we’d have to reconfigure the show, it would have to look like a series in this era and the network were very receptive to that, so we took some time to rethink it.”

Each TV movie had been a “self-standing” show that couldn’t have connecting features, but with the advent of Halifax: Retribution, Simpson was able to create a new type of programme, delving far deeper into the lives and histories of its central characters.

“We realised we could be liberated from the limitations of the past and it suddenly it all got very exciting – it didn’t feel like a reboot at all, it was a brand new show with the same central character and title, but very little else [in common] with the old telemovies.”

The series is still built around Jane Halifax, again played by Gibney, who also exec produces. The story revolves around a sniper who is terrorising Melbourne, with the psychiatrist drafted back into police work after a 20-year absence to help track down the perpetrator.

Simpson, who has been behind Nine’s cop drama Stingers and Satisfaction for Showtime Australia among numerous other shows, says the episodic nature of the new series created “almost more of an interesting story.”

“She can have a family, relationships and a history. She can have a presence that wasn’t always there with the telemovies,” he says.

The show is again set in Melbourne, which Sydneysider Simpson says is a character in and of itself. The show is set to debut in Oz next year and it is hoped further seasons could be in the offing, but Simpson is the first to admit that competition is tough.

“We all know what we’re up against, there’s the best of British television, Killing Eve, Bodyguard and everything else, so we’ve got to be that good.”

Broadcaster: Nine Network
Producers: Beyond Lonehand Production
Distributor: Beyond Distribution
Logline: A suspenseful mystery in eight parts that brings Jane Halifax back to the world she has never been able to leave: sleuthing her way to the truth behind the most diabolical criminal minds.