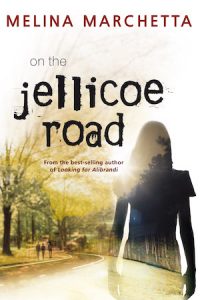 On The Jellicoe Road

On The Jellicoe Road is being jointly developed by the three parties, with the proposed show based on the eponymous novel by Australian author Melina Marchetta.

The book was first published in Australia in 2006 and centers around a 17-year-old youth who is the leader of a boarding school’s underground community on Jellicoe Road.

Joanna Werner, executive producer at Werner Film Productions, said: “On The Jellicoe Road is one of my favourite books of all time and I am so thrilled to be developing this with Melina, Erik, Fred and all at ZDF Enterprises. It is an enthralling, sophisticated, complex and gripping teen story which I can’t wait to see on the screen.”

Barmack, CEO and founder of Wild Sheep Content, added: “Young adult series have become truly global, and we are thrilled to be working on bringing this seminal Australian work to a global audience with Werner Film Productions and ZDF Enterprises.”