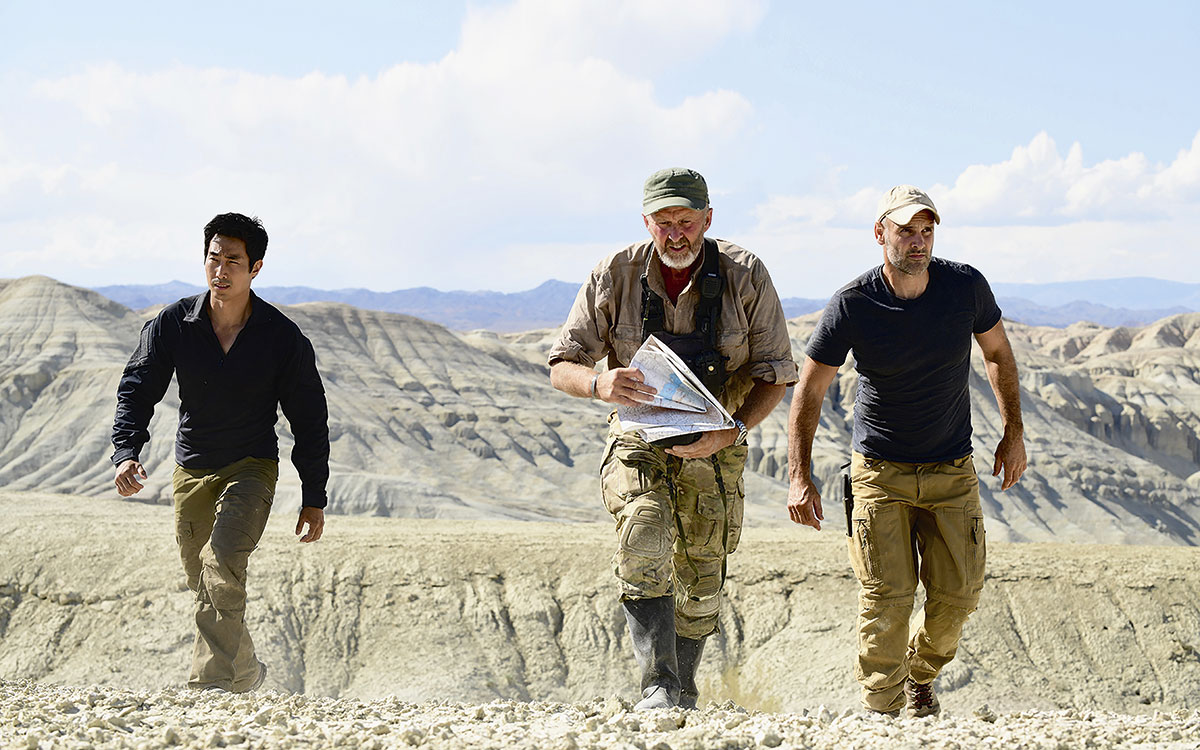 For anyone who is not a deep-pocketed SVOD player wondering how to lure Sir David Attenborough away from the BBC for a niche natural history project, Beach House Pictures’ Donovan Chan will tell you that an earnest letter delivered by fax may do the trick.

“It’s a funny story,” chuckles Chan, creative director of the Singapore-headquartered outfit, which produces the Attenborough-narrated Wild City. The exec had received a tip about the iconic presenter’s aversion to email and affinity for a good-old fashioned fax message.

“We were no Blue Planet obviously, but we had great ambition and passion for the subject matter, so I wrote a letter and we sent it to him. We were living on tenterhooks every day until he answered,” he says.

But answer he did, ultimately agreeing to narrate the 2015 production, which has grown to become a four-season offering on commissioning broadcaster Channel NewsAsia.

Chan remains modest about the feat, but the programme put Beach House – a business that he co-founded with partner and MD Jocelyn Little – on the map.

From a small producer that launched with solely science and travel docs for the likes of Lonely Planet, Discovery and Nat Geo, the 15-year-old business has masterfully diversified into kids, entertainment and reality programming, in addition to launching a branded content arm and an outreach and education effort via Beach House Academy.

In addition to the Singapore HQ, there is a Taipei office, and the business is doing what seems to be the impossible in the current climate: thriving in China. In addition to a four-year-old Beijing outpost, Beach House boasts a track record that is quickly closing in on 14 Chinese co-productions.

Along the way, the company has steadily looked to grow from an Asia-focused producer into a global prodco, capable of achieving the premium production values that are now expected of unscripted fare.

China From Above – a co-production with NHNZ, CICC, National Geographic Channels International and NDR – was made for an international audience, but has gone on to find its home in the US on Smithsonian Channel; and then, of course, there’s the success of Wild City, which continues to air across the world on BBC America, Sky UK and countless other broadcasters.

The real opportunity, though, will likely come with the wave of new and established streamers gaining traction in the region.

“For some of the new players in the market where the subscription model is the way forward – for example, HBO Max or Netflix – when you look at the number of subs [they need] to be successful, there are more people in Asia than in the rest of the world combined when it comes to scale, so on a practical level, Asian storytelling will be an important part of their future.”

Chan says it will also be crucial for Asian storytellers to understand this key advantage going forward and “be able to raise their game and tell stories not just for Asians but for a global audience”.

“It works both ways,” he points out. “Asian talent and the Asian style of storytelling is important, but it is equally important to bring talent from the other side of the world into Asia to collaborate.”

Indeed, much like most production companies, talent is front of mind for Beach House, which is increasingly securing bankable stars for its slate of programmes.

One recent collaboration was Discovery UK’s Ed Stafford: First Man Out, in which the British explorer goes head-to-head against the world’s top survivalists in a gritty race to outlast one another in the world’s most hostile environments.

The success of that programme, which premiered early this year, spurred on the Discovery special Ed Stafford: Man Woman Child Wild, in which the explorer takes his wife and toddler to a remote Indonesian island in hopes of adopting a healthier lifestyle. 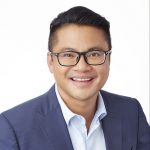 “For a lot of people, [premium means], ‘Let’s just make Blue Planet 4’, but premium for us is really about the perspective, level of authenticity and quality of filmmaking.” Donovan Chan, Beach House

“[These programmes were] a huge vindication of our ability to deliver to the highest level. Now we’re asking ourselves, ‘What next?’ Who can we work with and where can we bring it to?” says Chan.

Canada’s Blue Ant Media is an integral part of this growth strategy. The business bought Beach House as part of its acquisition of RACAT Group in 2017, which also saw it bring NHNZ, Northern Pictures, international children’s nature broadcaster ZooMoo Networks and mobile game developer and publisher Runaway Play into the portfolio.

The prodcos now operate under the newly formed Blue Ant Studios, helmed by Laura Michalchyshyn and Sam Sniderman. Interestingly, the distribution tie-up is non-exclusive. While some of Beach House’s biggest shows are sold by Blue Ant International, other titles are elsewhere. “It’s about finding the right home and model for every project, and each budget should find its right fit,” explains Chan.

The exec highlights, however, that “one of the huge advantages is that we’re better resourced”.

“Asia is a big hunting ground for us, but as we’ve been doing a lot more international work and co-pros, [we now have] resources in the US and Canada, alongside a lot of work in Australia and China,” he says.

“Being able to pool these regions tighter together and move a lot faster is infinitely useful, and being connected to a network of good showrunners is great.”

Such an aggressive growth trajectory necessitates a move outside of Asia – namely, the US, which will be a key market for the company going forward.

“We’re talking to great producers and talent Stateside. For us, it’s a great place to collaborate and pitch new ideas,” says Chan.

Some of this interest stems from the box office success of Jon M. Chu’s Singapore-set feature film Crazy Rich Asians, which starred local presenter-influencer Henry Golding – who, early in his career, featured in a Beach House programme and is now fronting Paul Feig’s holiday film Last Christmas with Emilia Clarke and is set to star in Guy Ritchie’s next shoot-em-up, The Gentlemen.

“There is great interest since [the film] for more Asian talent and content, so we’re definitely keen to see if we can make that work for us,” says Chan.

The SVODs have also come calling for Beach House, which is understood to be in the works for a range of digital players, including Netflix. 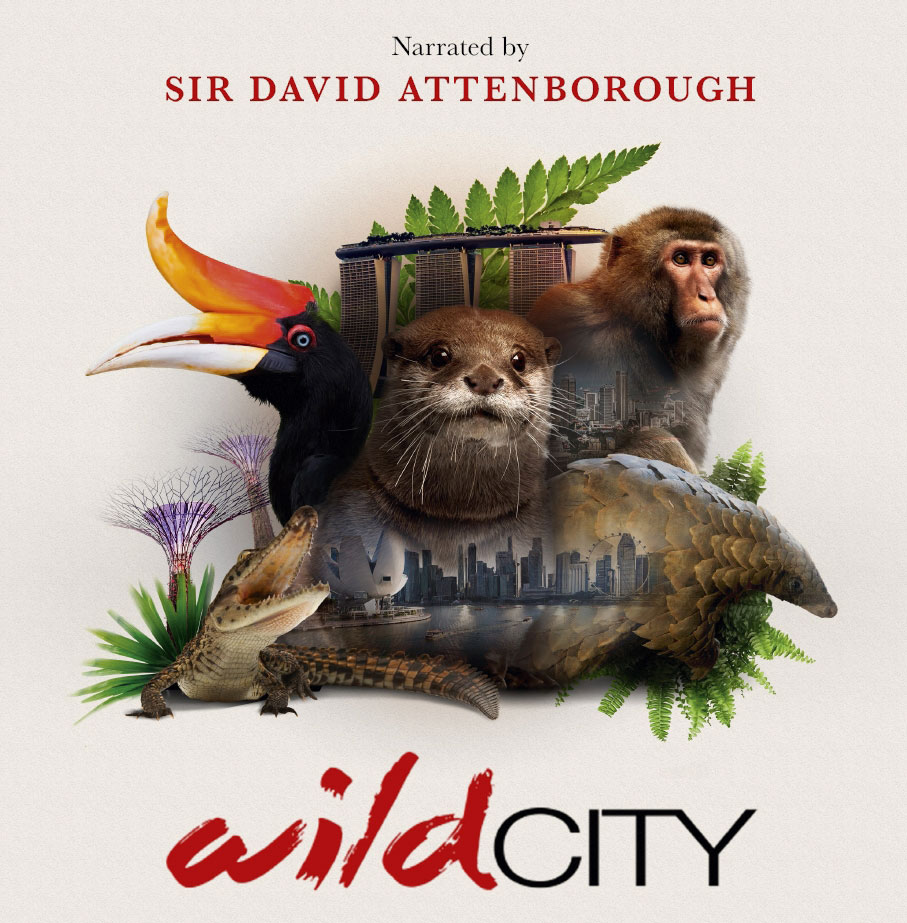 David Attenborough-narrated Wild City continues to air across the world

“With China From Above and Wild City, we’ve had a taste of figuring out what is the next best prestige programme we can come up with in the documentary and unscripted spaces, and if we’re lucky, some of these will finds its way to streamers,” says Chan.

“For a lot of people, [premium means], ‘Let’s just make Blue Planet 4’, but premium for us is really about the perspective, level of authenticity and quality of filmmaking, and sometimes premium can be an observational documentary – it comes down to the kind of access and grammar that we impose on the storytelling, and whether it can be seen as something unique.”

Indeed, premium, he says, doesn’t always have to be about doling out millions per episode trying to create the best special effects, either. Access, particularly within the Asian market, is key.

“It’s about being able to tell a story from Asia that resonates globally. You see examples on platforms such as Amazon and Netflix where the shows could come from anywhere and we’ll still watch it on the other side of the world and enjoy it. That’s the sort of premium that will be interesting to many platforms.”

The exec isn’t pretending that Beach House alone will be the gateway to global eyeballs via SVODs. There is “stiff competition”, he warns. But what his business can do is bridge the gaps in the understanding of the region’s diverse cultures.

Also on the table are skill-sharing and educational opportunities. Gaining access into APAC, after all, is easier said than done, requiring patience, chutzpah and connections aplenty.

“Sometimes it’s not just about creative ideas – it’s also about the practical things, such as is it easy to fly into a place? Is it easy to set up an office? Can you find studios nearby? All sorts of little things that you need to consider. I’m confident that us and other partners around Asia can provide that.”