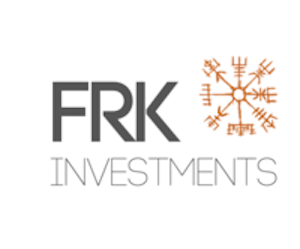 An Irish and Spanish investment group has launched a €30m ($33m) fund that will be used to back the production of high-budget TV series with international appeal.

Netshow Capital is described as an “Irish investment vehicle specialised in audiovisual production of television series and their monetisation,” with a focus on series for streaming platforms and linear networks.

It has been launched by FRK Investments Group, which operates across Europe and the US, and is aiming to build a portfolio of between eight and 10 series for global markets.

Around €15m will be available across each of the first two years, with investment focused on productions in English and Spanish-language. No preference has been given for genres, and other languages will be considered.

FRK said it would co-invest along with producers, networks and platforms in exchange for production equity, following a similar financial performance model to used by venture capital to identify and help grow start-ups.

Various projects are in the works with platforms and distributors in Europe and the Americas, but further details were not revealed. FRK added that investments would start being made from the first quarter of 2020.

David Blasco, managing partner at Netshow, said the goal was “to provide the complementary but necessary capital so these projects can be developed from script to screens, unleashing the full creative potential of this new wave of storytellers.

“Then our mission may continue by supporting global sales and distribution to ensure meeting commercial goals across different distribution networks, markets and windows.”

Felipe Ponton, a partner on the scheme, added: “We are witnessing a ‘perfect storm’ in terms of the conditions under which this industry is booming.

“There has never been a better opportunity in the content ecosystem; demand continues to grow endlessly, and production quality increases exponentially pushing players to deliver increasingly greater value to stand out. We offer a high quality alternative investment through a rigorous selection process where projects are carefully and tediously pondered.”

Third-party investment in programming has proliferated over the past 12 months, partly fuelled by private equity groups rapidly increasing their presence across the content business. Industry insiders have also launched their own firms, with one of the latest being The Media Investment Company from Lookout Point’s Simon Vaughan, former BBC Studios vet Helen Jackson and Stella EOC exec Jonathan Norman.