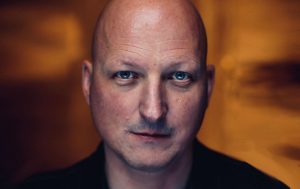 BBC Two and HBO have commissioned a four-part documentary series about Silicon Valley that is being executive produced by Leaving Neverland’s Dan Reed.

The Tech Transformers (4 x 60 minutes, working title) aims to give viewers an insight into how the past decade has unfolded in Silicon Valley, focusing on the impact that companies such as Facebook and Google have had on our daily lives.

The show will include insights from those working in the sector and explore both the emergent risks and huge opportunities of technology.

Patrick Holland, BBC Two controller, said: “Dan Reed is one of the greatest documentary makers working today and I am delighted that his exceptional talents are taking on one of the biggest stories of the modern age for BBC Two.”

Joanna Carr, head of BBC Current Affairs, added: “The rise of global tech companies and their founder-owners represents a profound shift of the world’s economic and political power, and I’m thrilled that Dan Reed will be turning his unflinching eye to such an important subject.”

The series was commissioned by Holland, alongside HBO, with BBC commissioning editor Gian Quaglieni. It has been slated to air in summer 2021.