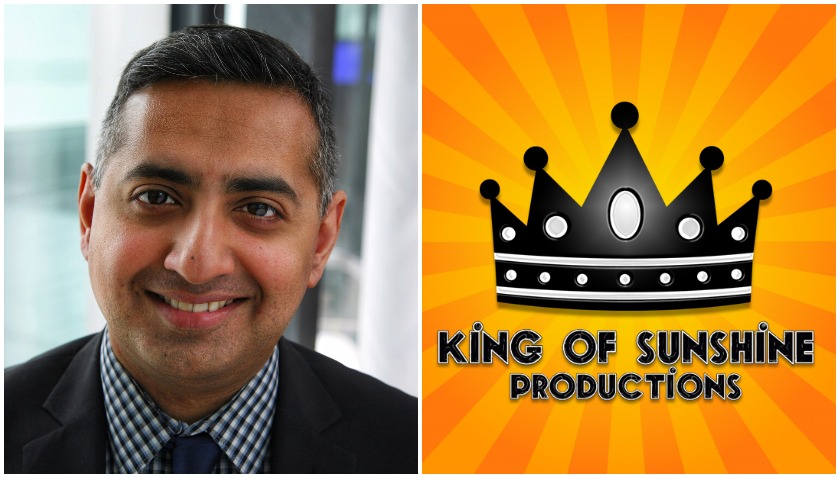 Former BBC entertainment commissioner Sohail Shah has set up a Manchester-based prodco that will target broadcasters and streamers while championing new talent from the northwest.

King Of Sunshine Productions, which will eventually be based out of MediaCity in Salford, is to focus on fact ent, formats, access docs and children’s programming.

The exec tells TBI that cross-generational programming will be a priority for the outfit as it looks to create content “that is entertaining but is also breaking new talent in front of and behind the camera”.

Shah also hopes to use his Manchester base to access new on and off-screen talent from the nations and regions – an undertaking that will be helped in large part by Channel 4’s new Leeds HQ and commissioning team.

“There’s a massive problem with the production pipeline,” he highlights. “The same people keep presenting and making the shows because commissioners are risk averse, and no one else gets a look in.

Being based in Manchester, I want to utilise the local talent pool in the northwest. For me, as a northerner who has been away and is now home, I want to create opportunities for people from here to be able to work on network shows.

“Being based in Manchester, I want to utilise the local talent pool in the northwest. For me, as a northerner who has been away and is now home, I want to create opportunities for people from here to be able to work on network shows. Regionality doesn’t just mean regional TV: it [also represents] different voices from the working class and people with disabilities – visible and non-visible – who don’t get a look elsewhere.”

Shah says he is looking for “really big ideas made by people who want to make them, and who are the right people for that role – not just [those] who’ve been dictated by the channel”.

King Of Sunshine has backing from Cats On The Roof Media-owned Crook Productions, with whom the business will collaborate on select ideas. Shah will also operate out of Crook’s offices in London.

Shah most recently served as a commissioner for BBC Entertainment, where his credits include QI, The Apprentice, The Graham Norton Show and Eurovision Song Contest.

Shah’s outfit is also part of a new scheme by Channel 5 to work with small to medium-sized BAME prodcos in a bid to boost its programming pipeline.

Shah also serves as a non-executive director for Elstree Studios and an advisory board member for the Edinburgh TV Festival. Prior to joining the BBC, he worked as a freelance exec producer in entertainment and also served as head of development for STV Productions, ITV Studios and October Films.