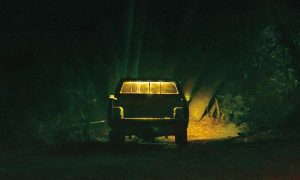 Brent Montgomery’s Wheelhouse Group has taken a majority stake in Campfire, the US prodco behind Netflix’s The Innocent Man and HBO Max’s Heaven’s Gate.

Campfire was founded by Ross Dinerstein, who will remain in charge of the company’s day-to-day operations and retain creative control. The deal will see the company working with Wheelhouse on feature docs, non-fiction series, podcasts, scripted drama and comedy.

The prodco will also work with Jimmy Kimmel, whose production label Kimmelot is part of the Wheelhouse group that was launched by former ITV America CEO Montgomery last year.

Campfire’s output includes FX doc Women In Comedy and The Most Dangerous Animal Of All, as well as Netflix true-crime show The Innocent Man, based on John Grisham’s only non-fiction book. HBO Max’s Heaven’s Gate, about the suicide cult, is being produced with CNN.

Dinerstein’s company has also produced Netflix short-form drama Special, while its movie output includes 1922, based on the Stephen King novella, and comedy The Package.

Campfire’s Ross Girard, EVP of production, and Rebecca Evans, VP of non-fiction content, remain in their roles at the company, which becomes Wheelhouse’s latest acquisition after it took a majority stake in production company and live events firm Den of Thieves.

Montgomery said: “As we realise our core mission of joining content, top talent and brands and supporting them with investment, Wheelhouse Group is assembling an unbeatable team of creatives and entrepreneurs.”

Dinerstein added: “I am very proud of Campfire’s diverse slate of projects across all mediums and platforms, and now with Wheelhouse Group as our partner, we will be able to accelerate our growth while continuing to focus on telling the stories that are just a bit left of centre but still reflect and exalt the human condition, whether doc or scripted.”

The deal was brokered by Wheelhouse Group chief strategy officer Ed Simpson, WME and Endeavor Content. Financial details have not been disclosed.