The Circle producer Studio Lambert has struck a development deal with Izzie Pick Ibarra, the showrunner and executive producer of The Masked Singer for Fox.

Pick Ibarra will develop and produce new ideas with the All3Media-owned UK producer, while also helping to sell and oversee production on remakes of the company’s existing projects.

She previously moved from the UK to the US 15 years ago to help launch the Stateside remake of BBC Studios (BBCS) format Dancing With The Stars and has also served as a development consultant and producer for NBCUniversal and UTV. 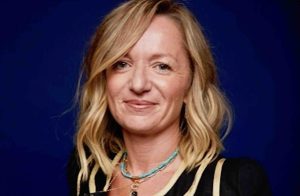 Pick Ibarra was also EVP for Ryan Seacrest Productions and SVP for BBC Worldwide, the former incarnation of BBCS.

Studio Lambert CEO, Stephen Lambert, described Pick Ibarra as “a huge talent in our industry and her enormous success this year with The Masked Singer confirms she knows how to turn a good idea into a mega hit.”

She will work alongside Lambert, Jack Burgess, who runs Studio Lambert’s LA office, and the company’s creative director, Tim Harcourt, on new programming.

Pick Ibarra added: “I have so many ideas I’m passionate about, which is why I’m so excited to have found a brilliant place to grow my ideas into hit shows.

“I think Jack, Tim and Stephen are at the top of their game and having great success making smart innovative content and I know this will be an exciting partnership.”