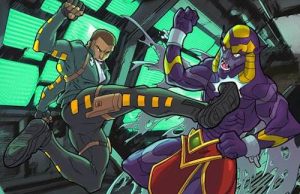 An 8 x 44 minute first season is planned, with the story revolving around the US site of Area 51 and an organisation made up of humans and aliens who hunt down dangerous extraterrestrial creatures.

“This project speaks to a current, and consistently, trending topic of UFOs, aliens and, the world’s desire to know what’s really hidden behind the locked gates of Area 51,” says Kiersten Halstead, VP of acquisitions, development and production.

The show is based on an original project created in 1999 by Karen Lee Brown, who is attached as showrunner. The CG animation series will target males aged 12-24 and is set to launch in fall 2021. Distribution details have not yet been released.

Roswell Conspiracies marks the second YA animation-focused series for 41E, which announced a strategy to expand into the genre two weeks ago.

As part of that push, 41E secured exclusive, global, multimedia, animation rights to the Supernatural Academy and Supernatural Prison novels from Jaymin Eve. 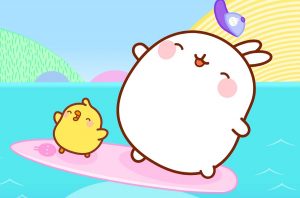 The arrangement will give subscribers of streaming services Neon and Sky Go access to Hopster’s educational preschool shows, video books and music videos.

Nick Walters, founder and CEO at Hopster, said: “It’s been a long held ambition of ours to build our distribution in the region – and with Sky New Zealand we’ve found the perfect partner.

“We can’t wait to get Hopster’s unique content and award-winning mobile app into the hands of Kiwis- and to start developing the service with local content to offer an even richer experience. This could be the start of something big.”