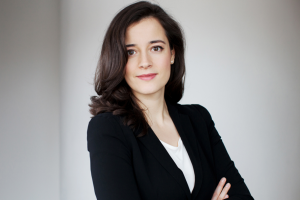 Former Shine International and BBC Worldwide exec Dorit Schilling has re-emerged at Bantry Bay, the prodco behind the German reboot of The Red Band Society and The Valley.

Schilling has been named head of formats and creative partnerships at Beta Film-backed Bantry Bay and Seapoint, which were founded by Jan Kromschröder and Stefan Oelze in 2014.

Schilling was most recently working as a consultant at Eccho Rights, where her remit included selling across the CJ ENM-owned company’s programming in German-speaking Europe.

She also handled acquisitions and co-production activity across those territories, while also working for other clients.

Schilling started her TV career at BBC Worldwide before moving to ITV, where she had various sales roles over a ten-year stint. She moved to Shine’s international arm in 2013 and spent two years there before exiting in the wake of the company’s merger with Endemol.

Bantry Bay produced The Valley for German networks TNT Series and Vox in 2015, with the show subsequently picked up by Critical Content.

The prodco was also behind Club Der Roten Bänder, the local remake of Catalan drama Polseres Vermelles. The German show aired on Vox and was extended into a second season in 2016, with the story exploring the life of six teenagers who try to live normal lives despite having to spend extended periods in hospital.

The company was also behind 2017 family film Wendy – The Movie, co-produced with the German arm of Columbia Pictures.