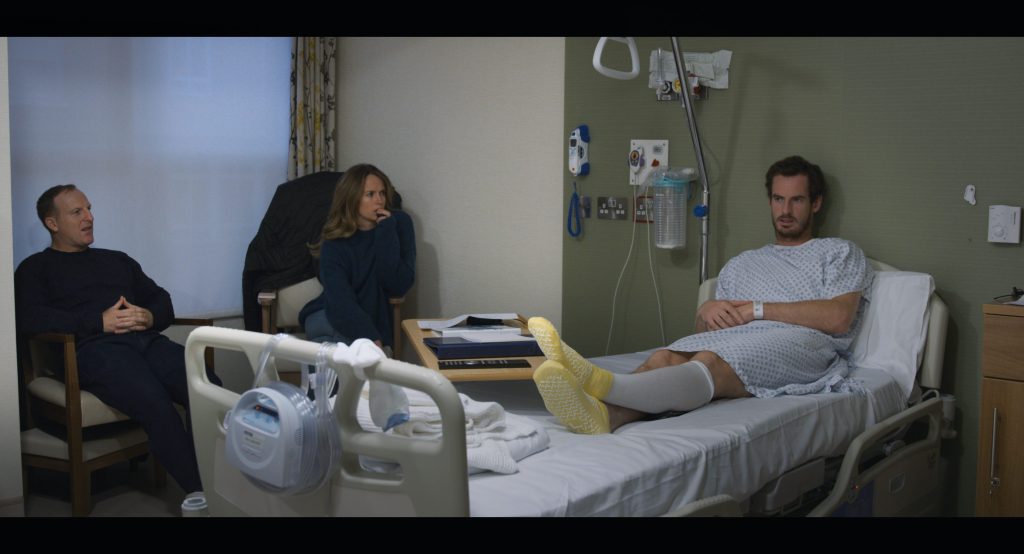 Andy Murray: Resurfacing will track the tennis champ over the two-year period since sustaining a chronic hip injury, during which he has undergone multiple surgeries all while his ranking has plummeted.

Amazon Prime Video has said that the film was initially intended to be a straightforward ‘comeback from surgery’ story, but needed to change scope when Murray’s recovery process was extended.

Following Murray almost every day across the two years, the film provides unique insight into the physical, mental and emotional challenges the athlete has faced. Also included are in-depth interviews with Murray’s family, team members and rivals such as Roger Federer, Rafael Nadal and Novak Djokovic.

The doc will be available on Prime Video on 29 November in over 200 countries and territories worldwide.

Andy Murray: Resurfacing is produced and directed by Olivia Cappuccini. John Battsek is producing for Passion Pictures, in collaboration with Pitch Productions and Scenes of Reason.

The documentary joins a slate of sports docs on Amazon, including All Or Nothing: Manchester City, All Or Nothing: New Zealand All Blacks, and All Or Nothing seasons with American Football teams, as well as Take Us Home: Leeds United, Make Us Dream, Inside Borussia Dortumund and El Corazón de Sergio Ramos.

The films complement a growing sports rights portfolio that includes the US Open, 37 ATP Tour events and 2020 WTA tournaments. In the UK, Prime members also have exclusive access to 20 Premier League matches per season in a three-year deal, as well as NFL Thursday Night Football games.

Murray said: “I knew I was at a critical point in my career. At times it felt like I was letting people down by not being able to perform on court, and I wanted to give them an insight into what I was going through. I wanted to show the ups and downs of professional sport. The film will take you on a journey through what were some of the lowest, most difficult periods of my life both physically and mentally, and will hopefully show and inspire viewers, that with the right mindset and work ethic, anything is possible.”

Martin Backlund, head of content for Amazon Prime Video UK, added: “This revealing documentary will take viewers on an emotional journey with Andy, giving them an inside look into the strength and determination of a true champion, as he fights his way back to the highest level of the sport after a near career-ending injury.

“The documentary adds to the great collection of live sports and behind-the-scenes sports documentaries only available on Prime Video, including recent fan favourites All Or Nothing: Manchester City, Inside Borussia Dortmund and El Corazón de Sergio Ramos.”