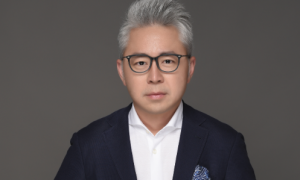 Endemol Shine Group (ESG) is closing its office in China following a review of the business, which said market conditions and tighter regulations made its current set-up in the country “unsustainable”.

The decision was made following a months-long review ESG said, blaming “market conditions which limit the activities of non-domestic production companies” for the closure. It is not connected to ESG’s recent sale to Banijay.

TBI understands Endemol Shine China MD William Tan will leave the company following the transition of current projects to local prodcos. Twelve people in total are understood to be affected by the closure of the Beijing office.

ESG will then move to a centrally-led distribution and licensing model in the country, with its Group sales and development teams working with locally-based third-party representatives on the ground.

The decision comes as something of a surprise, following a flurry of activity for Endemol Shine’s China operation. Earlier this year, it said it was producing a local version of TV Land drama Younger for Huace Group and numerous licensing deals have been struck for shows such as Humans and Broadchurch.

Last month it unveiled a co-development deal for primetime entertainment format Sing Or Spin with Hunan TV, building on a partnership struck in April for talent format Acting Up.

However, producers tell TBI that they have been finding operating in China increasingly difficult and last month TBI revealed UK trade body Pact had put the brakes on all dealings in the country amidst a tense political climate between the two nations and escalating concerns over IP infringement.

Tan said he was “incredibly proud” of his team’s activities over the past five years but added that the “business environment has changed for everyone and, with the current landscape, it has grown increasingly difficult for the company to structure a business based on sustainable growth.”

Nicola Bamford, ESG’s CEO of international operations, added: “William and the team have worked exceptionally hard since Endemol Shine China was established, showing great creative and commercial acumen against challenging market conditions. I would like to thank them all and wish them well for the future. We remain committed to the region with our revised approach.”