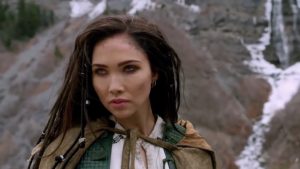 LA-based producer and distributor Electric Entertainment has secured a $60m credit facility to fund its sales activity and new seasons of shows including The CW’s The Outpost.

The credit will initially be used to finance the third season of The Outpost and the first season of Almost Paradise for WGN America, which is set to debut in 2020.

Jeff Gonzalez, CFO at Electric, said that the five-year agreement would also enable it to further grow its original scripted plans.

“The Electric library has grown substantially since it produced the first season of Leverage [for TNT] 12 years ago,” he said. “Our company has a vast library of TV programming that provides an excellent foundation to establish a company-wide credit facility so it may continue its rapid expansion in original scripted series programming.”

The company acquired international sales rights to shows from the FilmRise library in April, which joined Electric Distribution’s existing theatrical releases such as Just Noise and Penthouse A, the historical Maltese war drama starring Harvey Keitel and Malcolm McDowall.

Electric Entertainment, headed up by CEO Dean Devlin, has also been behind The Librarians for TNT and it recently launched OTT linear channel ElectricNOW. The service features the company’s original TV shows, movies and video podcasts as well as third-party content.