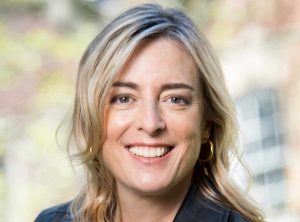 BGM was formed by Bristow in 2013 to create multi-genre, multi-platform content and was acquired by Kew in March, 2017 as part of the production group’s acquisition spree prior to its launch.

Marlo Miazga, currently VP of content, will become president and CEO at Toronto-based BGM, which has been behind shows including 100 Days To Victory for Corus Entertainment, Foxtel and BBC Scotland as well as Hockey Wives for the W Network.

Its slate also includes Haunted Hospitals and Paranormal 9-1-1 for Discovery’s Quest Red, plus Cleared For Chaos for Discovery Channel Canada.

Bristow, whose next move is not yet known, said: “It’s been a distinct pleasure to have been part of the start of the Kew Media Group as it developed into the powerhouse it has become today. The relationship with Kew facilitated the continued growth of BGM. I’m proud to have created and grown this female-led, proudly local production company with global reach. It’s satisfying to now hand over the day to day running of the company to Marlo.”

Steven Silver, Kew’s CEO added: “BGM is a great company and we are lucky to have it inside the Kew group. Julie will be missed, but we wish her all the best in this new phase. We’re very excited about Marlo taking on her new role inside the company.”

Miazga added: “We have a spectacular slate of content that will see us expanding internationally across both our premium factual and kids divisions in 2020. All of us at BGM are incredibly grateful to Julie for her fearless leadership. We are ready to bring this company into its next and exciting stage of growth and scale.”