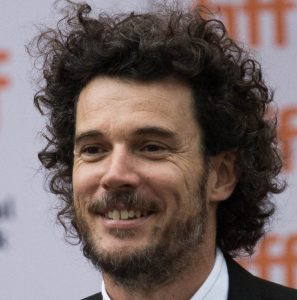 Top Of The Lake producer See-Saw Films is expanding its partnership with Australian director Garth Davis to launch a new production outfit, which has already appointed a head of development.

The prodco, to be known as I Am That, will develop film and TV projects that will be directed by Davis and produced by See-Saw MD’s Iain Canning and Emile Sherman.

The company, which is a 50/50 venture between Davis and See-Saw, has also hired Samantha Lang to head up development. Lang, who is president of the Australian Directors Guild, is based out of See-Saw’s office in Sydney.

Davis, who is repped by UTA, has worked on numerous projects with See-Saw including Jane Campion’s Top Of The Lake and 2016 movie Lion.

He said his company’s launch “stems from my long-standing relationship with both Iain Canning and Emile Sherman, who have been incredibly supportive of me in my filmmaking journey and are wonderful partners. I also feel very lucky to have the talented Samantha Lang by our side in this new chapter, helping us unearth compelling stories for film and television. Bec Smith and Keya Khayatian of UTA continue to be an indispensable part of my team.”

Canning and Sherman added: “Working with Garth is joyous and creatively exhilarating. He is that rare director who has an auteur’s eye, can build complete worlds, and is at home in the intimate creation of character and performance.

“We’re thrilled to be building a company around his vision. We are also so pleased to have found Samantha Lang to drive the creative acquisition and development of projects across film and television. Her creative talents and intelligence are second to none, and our tastes are all deeply aligned.”

Lang described the launch as “a wonderful opportunity to broaden my horizons and collaborate on large scale international film and TV projects, with three creatives whose work I admire.”

See-saw’s current slate includes Campion’s movie The Power Of The Dog, which was picked up worldwide by Netflix in May, and BBC Two drama The North Water.

Tags: I Am That, See Saw Films