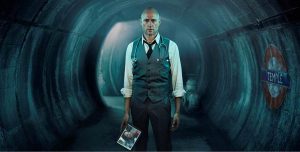 The series, which launched in September, is produced by Hera Pictures and tells the story of a respected surgeon who finds himself drawn into the underground world of doomsday preppers and bank robbers when he tries to save his wife’s life by setting up an illicit clinic.

The show ended its first season on Friday, with filming on the second run set to start in early 2020. Strong is attached as executive producer with Liza Marshall, while Gabriel Silver is onboard for Sky. NBCUniversal Global Distribution sells worldwide.

Cameron Roach, Sky’s director of drama & Sky Studios, said: “Temple’s unique tone and compulsive narrative has ensured that it has become a firm favourite with our viewers, and the show already has an army of passionate fans.”

Marshall, executive producer at Hera, added: “Our exceptional cast led by Mark Strong will take the story forward with its unique blend of pressure-cooker intensity, emotion and jet-black humour. Hera Pictures are delighted to bring Temple back for a second series.”

The show has been ordered by Roach and Zai Bennett, Sky’s MD of content, who told TBI last week that Sky’s original programming normally perform better with viewers than acquired shows from providers such as HBO.