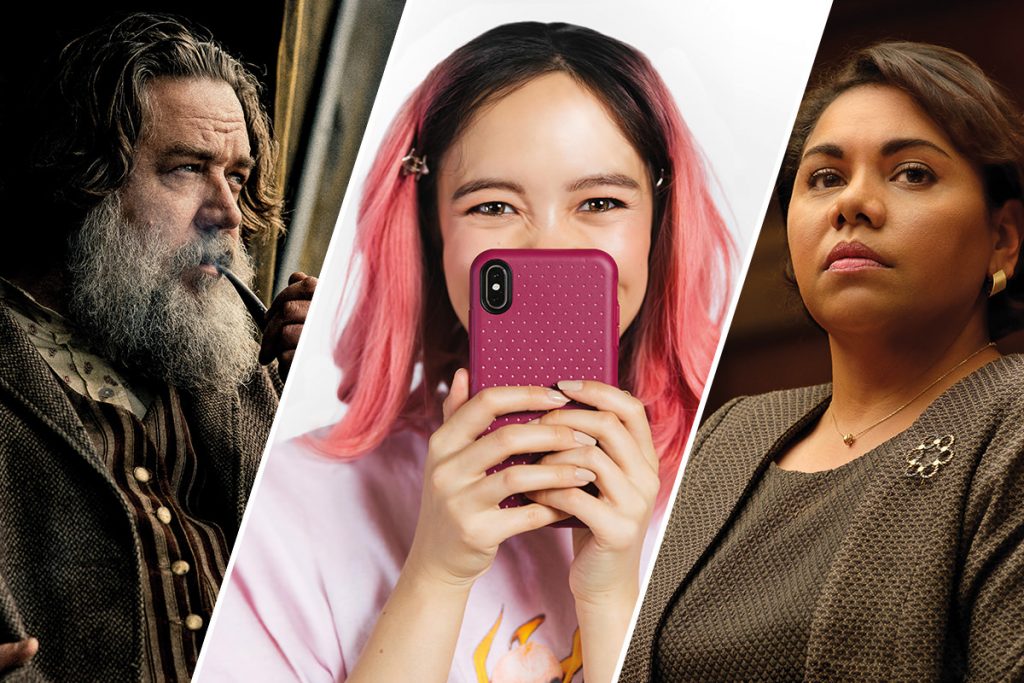 Record levels of foreign production in Australia have helped shatter national records around drama production, which has exceeded $1.17bn ($807m) in spend – the highest levels in 29 years.

According to government body Screen Australia’s annual drama report – which measures the production of local and foreign feature films, television and online programmes plus PDV (post, digital and visual effects) activity – the total spend on foreign shoot and PDV-only titles totalled $410m in 2018/19, more than three times higher than the $111m reported in 2017/18, and significantly higher than a five-year average of $378m.

International TV drama accounted for $115m in spend in 2018/19 – up from just $4m in 2017/18, and the highest levels in more than 10 years. Nine programmes contributed to the ballooning figures, including ABC and M6 co-production Reef Break, season four of AMC’s Preacher (US), Beijing TV’s If Time Flows Back (China) and ITN’s Nirasha (Sri Lanka).

On the film side, there was an expenditure of $296m on 11 foreign titles shot in Australia, including Dora And The Lost City of Gold, Monster Problems and Godzilla vs Kong.

A number of factors have contributed to skyrocketing foreign production levels, including the drop in the Australian dollar and a number of attractive tax incentives and rebate programmes, including the government’s $140m location incentive and a new 10% PDV rebate by the New South Wales and Queensland state governments.

The 2018/19 record expenditure on Australian titles included 37 TV dramas such as The Hunting, Five Bedrooms and Total Control, for which combined spend was $334m, up 13% on last year and above the five-year average. Meanwhile, spend on Australian feature films was up 15% on last year to $299m.

Australian MP Paul Fletcher, Minister for Communications, Cyber Safety and the Arts, said: “Australia has a successful film and television industry that is undertaking significant business in the production of both local and foreign drama content. These excellent results are no accident and are a reflection on the talent of our local film and television industry, the appeal of Australian filming locations, the Australian government incentives available, state government support and direct funding from Screen Australia.

“The value of the Drama Report is that it now builds on 29 years of data, giving the government and industry excellent insight into the health and trends of screen production in Australia.”

Michael Brealey, chief operating officer for Screen Australia, added: “To have 65% of total expenditure driven by our homegrown stories is remarkable and illustrates the immense demand for Australian content.

“It’s fantastic to see titles showcasing the diversity of landscapes and depth of talent from around the country. In the past 12 months, H Is For Happiness filmed in Western Australia’s Great Southern region, The Gloaming in Tasmania, Robbie Hood in Alice Springs, The Dry in regional Victoria, Stateless in Adelaide, Total Control in Canberra and Winton in Queensland, not to mention a second series of fan favourite Bluey being created in Brisbane.” 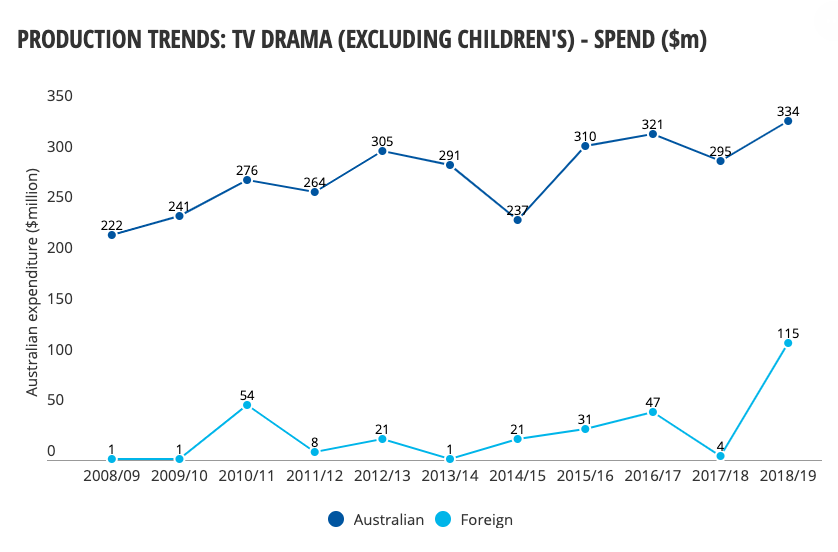