Show of the Week: Beat The Channel 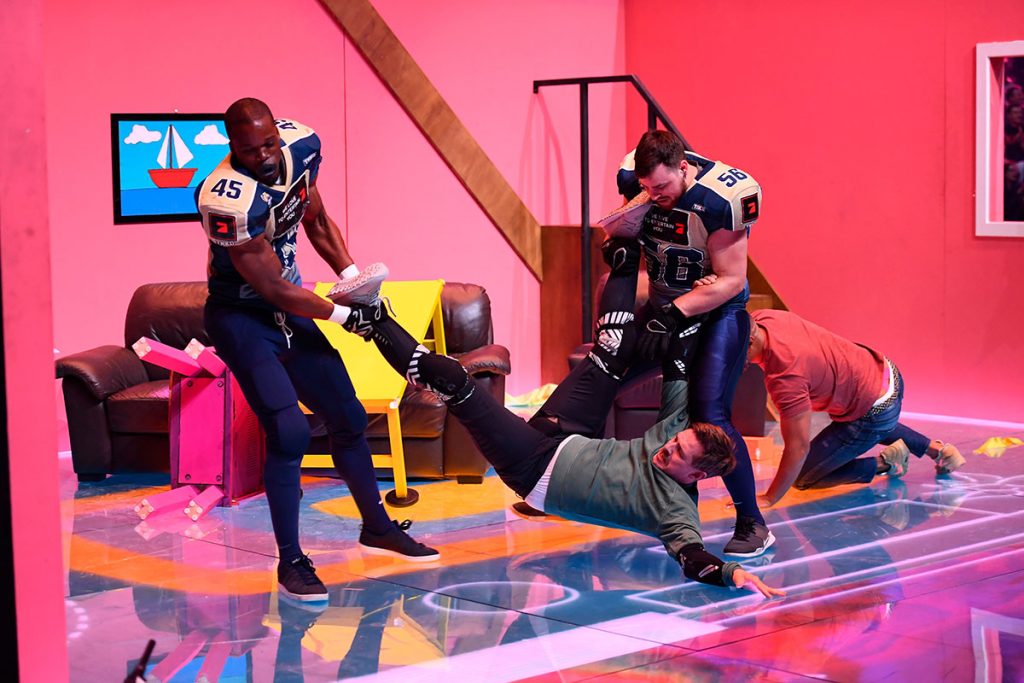 Red Arrow Studios International’s madcap entertainment format Beat The Channel sees two popular TV presenters given the chance to win a 15-minute live broadcast slot on their channel during which anything goes. But can they first beat the ultimate competitor – their own channel?

Over six challenges and a final game, the channel throws everything they can at the duo, including their smartest celebrities and biggest programme brands, to play tough physical and mental challenges – in the studio and on location.

If the duo wins, they can do whatever they like in their 15-minute slot, but if the channel wins, the pair is at its disposal for an entire day and must do everything from hosting the daily magazine show to announcing live links across the day’s schedule.

Beat The Channel – which aired in a high-profile primetime weekday slot on Germany’s ProSieben – spans a range of challenges that include ‘Dumb and Wrecked’, in which two teams – the stars and two celebrities from the channel – must make a series of objects such as shoes with high heels or a ukulele unrecognisable by destroying them. The other team then has to guess what the objects used to be.

Meanwhile, the challenge ‘Beat The Granny’ finds the stars driving a car around one lap of a race track, faster than a grandma on a scooter. However, the catch is that they must steer the car whilst sitting on the roof and stopping to collect three advertising stickers.

Beat The Channel has been a hit on ProSieben in Germany, boosting ratings in every demo by up to 122%, while the season two premiere garnered an 83% increase in ProSieben’s slot share among the key 14 to 49-year-olds over the previous 12 months.

Nina Etspüler, group creative director for Red Arrow Studios, tells TBI: “The really unique element that has truly captivated audiences is the 15-minute live primetime slot the presenters are given if they win the episode.

“The duo are free to fill the slot with whatever content they chose so viewers tune in to see how the time is used. In the German version, ProSieben stars Joko and Klaas devoted their winning slots to everything from hiding money in cities around Germany and filming viewers trying to find it, to gifting the slot to people who help others and have important things to say. It’s proved to be genuine watercooler television.”

Etspüler says the show can be adapted for multiple schedules and timeslots. “However, the fact that Beat The Channel is a big, noisy primetime show makes it attractive, particularly for free-to-air broadcasters.”

The exec notes that the show has the potential to travel well because major markets are increasingly hunting event formats that can “boost and differentiate” their schedules.

“The fact that the stunts and games feature the channel’s shows and talent also provides unique cross-promotional opportunities, creating a halo effect for the schedule and the other talent who appear on the show,” she explains.

“There is particular interest from large free-to-air channels who want to leverage their position as live, event TV, mass-audience homes for big entertainment brands and are looking for alternatives to US programming.”

Tags: Beat The Channel, Formats, ProSieben, Show of the Week