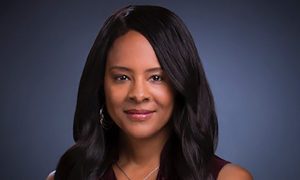 Blackwell takes the newly created role of head of scripted at BET with a remit to oversee all originals for the company’s linear channels and its streaming service BET Plus.

She is based in LA and reports to Scott Mills, president of BET Networks, which has been ramping up its scripted output recently with deals with producers including Tyler Perry, Will Packer and Lena Waithe.

Blackwell has overseen shows including Supergirl, Jane The Virgin and Legacies at The CW, while she has previously had credits on series including Hart Of Dixie and Girlfriends.

Mills said: “Traci brings an incredible breadth and depth of experience in scripted programming that will be invaluable for BET Networks as we advance our catalog of scripted IP.

“BET is in a transformational moment, creating scripted programming for multiple BET platforms as well as for third-parties. Traci’s meticulous approach to managing a diverse array of scripted projects is perfectly suited to our content strategy.”

Blackwell added: “The global impact of the Black experience on all aspects of art, music and culture is undeniable and the world reflects that. In its storied 40-year journey, BET has done a remarkable job of depicting and sharing black stories and I look forward to being able to contribute to that legacy.”