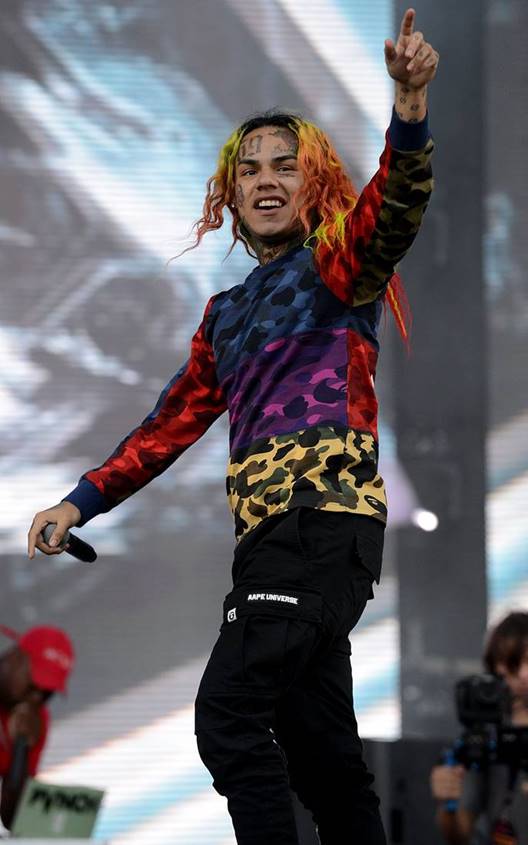 Tekashi is currently in prison on federal racketeering and weapons charges and is awaiting release as early as the end of this year.

The series is inspired by the Rolling Stone feature “Tekashi 6ix9ine: The Rise and Fall of a Hip Hop Supervillain” by investigative journalist Stephen Witt.

The project is the latest in a string of commissions for Simon Chinn and Jonathan Chinn’s Lightbox. Most recently, Netflix commissioned the firm for a feature doc on memory loss entitled Tell Me Who I Am.

Vinnie Malhotra, EVP of non-fiction programming for Showtime Networks Inc, said: “The bizarre and complicated rise of Tekashi 6six9ine is a story of our times. Beyond becoming one of the most notorious hip hop artists of this generation, his story speaks volumes of the impact of social media and manufactured celebrity in our society. We’re thrilled to be partnering with such heavy hitters in the world of music and documentary to bring Supervillain to life.”

Gus Wenner, president and COO of Rolling Stone, added: “Tekashi 6ix9ine is one of the most enigmatic music artists of a generation. Rolling Stone is thrilled to work with Showtime and our other partners to bring the gripping story of Tekashi’s meteoric rise to stardom and infamy to viewers around the world.”

Justin Wilkes, president of Imagine Documentaries, said: “Tekashi’s story has haunted us since we first read Stephen Witt’s brilliant article in Rolling Stone. It’s a tale that’s emblematic of our times and we’re honoured to be partnered with Showtime, Rolling Stone along with the fantastic filmmaking team at Lightbox in bringing it to life”.