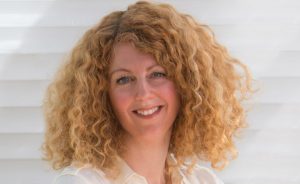 BBC alum Andrea Hamilton has linked up with Harry Magee and Richard Griffiths’ Modest! Management – the agency behind pop group Little Mix and singer Niall Horan – to launch a new production outfit that has its first BBC commission.

ModestTV will produce seven-part Saturday night series Little Mix The Search, which will air on BBC1 and follow the band as they look to form a new group. The new band will then join Little Mix on their summer tour in 2020. Production is underway, with the show set to launch next year.

ModestTV has also secured an order for Football Stars In Bad Cars from BBC3,. The show continues the trend of interviewing celebrities in stars, this time with the footballers switching their luxury vehicles with one of the UK’s ugliest cars.

Hamilton, who also worked at Sky, has worked on a raft of entertainment shows including Strictly Come Dancing, The Voice and So You Think You Can Dance, and was previously behind joint-venture Om TV, which was launched in 2016 with Chinese producer 3C Media. She is joined at ModestTV by Talkback and Objective alum Stefan Iriarte, who becomes creative director.

Hamilton said: “Modest! Management look after some of the most popular and successful music artists in the business – whilst television has always been about talent, it’s more prevalent than ever and so starting a company together to help maximise the opportunities for the talent, along with other format ideas, is an exciting place to be.”

Magee added: “Entertainment TV is an area we’ve been interested in expanding into for a while and over the years have spent a lot of time around television production.

“This feels like an obvious way to combine our creative skills to help discover opportunities for the existing modest! talent roster and beyond. With Andrea and Stef’s production and development credentials in entertainment formats and event television, this feels like a natural and exciting fit.”