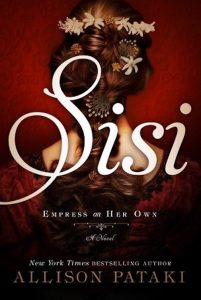 Amy Jenkins (This Life, The Crown) has signed up to adapt Allison Pataki’s bestselling Sisi novels about the life of Empress Elisabeth of Austria for Picture Perfect Federation and MAS Production.

Picture Perfect Federation, the recently launched joint venture from Patrick Wachsberger and Federation Entertainment’s Pascal Breton, acquired rights to the two novels — The Accidental Empress and Sisi: Empress On Her Own — after receiving the books from MAS Production earlier this year.

Picture Perfect Federation will serve as the studio and will handle worldwide distribution. Broadcaster/streamer details are not yet available.

The series will span from 1853 up until the start of World War I and will offer a glimpse behind the scenes of one of Europe’s most powerful royal families. The story became a hit German-language movie in the 1950s with Sissi, which starred Romy Schneider.

Wachsberger, Breton and Ashley Stern are executive producing for Picture Perfect Federation along with Jenkins and Pataki. Michael Shamberg, Alexandra Zimbler Smith and Ameet Shukla are attached for MAS Production.

Jenkins’s most recent collaboration has been with producer Michael Jackson at Patrick Melrose-outfit Two Cities, where she is adapting The Post Birthday World by Lionel Shriver for television.

Jenkins said: “Sisi was an extraordinary young Empress. Charismatic and free thinking she was a royal rebel who set the Hapsburg court on fire in a surprisingly modern way. I’m looking forward to bringing a very feminine perspective to her fascinating struggle for self determination.”