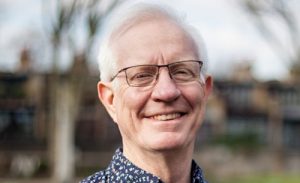 October Films’ executive chairman Denman Rooke is stepping down from his position, after almost 25 years at the company.

He became MD in 2004, exec producing shows such as The Beslan Siege as well as long-running series including Outrageous Acts Of Science. Rooke was named executive chairman in 2014, with a remit to develop and produce programming but also implement the company’s wider strategy.

Following Denman’s departure, his strategic responsibilities will be taken on by MD Adam Bullmore, director of production and operations Jane Manning, and creative director Matt Robins.

October’s has produced for companies including Netflix, BBC, Channel 4 and Discovery among numerous others, with recent shows such as This is Football for Amazon Prime and history series First Ladies for CNN.

Rooke said: “For the past quarter-century October Films has been at the centre of my professional life. The company has given me the opportunity to fulfil many of my greatest creative ambitions and I’ve been lucky enough to have worked with some of the most talented people in the television industry.

“I’ve seen October grow from one room where we made a few hours of television a year to become a company employing over a hundred people, based in our offices in the UK and the US and in our drama studios and post-production facilities.

“It has been an exciting and demanding 25 years, but as I head into my sixties, I have been reflecting on the possibilities of a life with a different rhythm. After much thought, I’ve decided that now is the right time to move on.”

Bullmore added: “Denman has been a huge and central part of the October story for the last 25 years. As a passionate director and producer he was responsible for some our most prestigious films and long running series.

“As a managing director and latterly executive chairman, Denman’s diligence, calmness and commitment helped us navigate the often dangerously choppy waters of an ever changing sector.

“For these achievements alone he will be very fondly remembered, but it is as a trusted friend and constant champion for the work of others that Denman’s contribution to October is most significant. We all owe him huge thanks, but Jane, Matt and myself in particular. We wish him the greatest of success in the exciting new future he is embarking upon with typical panache.”