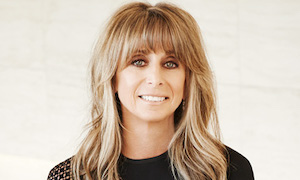 Replacing Hammer in her previous role, Strauss will join NBCUniversal from Comcast as chairman of Peacock, the company’s streaming platform which launches in 2020, and will add the digital enterprises group to his area of responsibility, reporting to Burke.

Strauss was previously EVP of Xfinity Services for Comcast Cable, where he oversaw the video, Internet, home, and voice businesses. He was one of the pioneers of video-on-demand and helped transform the entertainment viewing experience for customers by launching X1, cloud DVR, live in-home streaming across devices, the talking guide, and the voice remote.

Strauss was also one of the architects of Xfinity Flex, a new service that enables customers to enjoy over 10,000 movies and TV shows and easily access the popular entertainment apps – including Peacock when it launches. The changes are effective immediately. 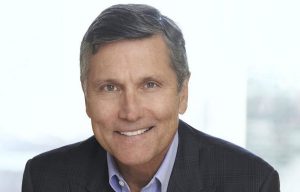 NBCU said that the move to more closely align the company’s studio businesses addressed growing demand for more content, both within and outside NBCUniversal.

Reporting to Hammer, George Cheeks, co-chairman of NBC Entertainment, will become vice-chairman of NBCUniversal Content Studios. He will also continue to oversee late-night programming for NBC.

Pearlena Igbokwe and Dawn Olmstead will continue in their roles as head of Universal Television and Universal Content Productions respectively, jointly reporting to Hammer and Cheeks.

Prior to joining Peacock, Hammer had executive oversight of the cable entertainment portfolio, including USA Network, SYFY, Bravo, E! Entertainment, Universal Kids, and the cable studios.

“Bonnie’s great taste, deep Hollywood relationships, and strong track record of generating popular and award-winning programming make her ideally suited to oversee this new division. With our studios being a main pipeline for Peacock’s original content, she will continue to be integral to the future success of our streaming business,” said Burke.

“I worked with Matt for many years at Comcast Cable, and know first hand that he is one of the most talented leaders in our company. He has great experience with video, digital technology, and streaming and is the right person for the role at this juncture.”