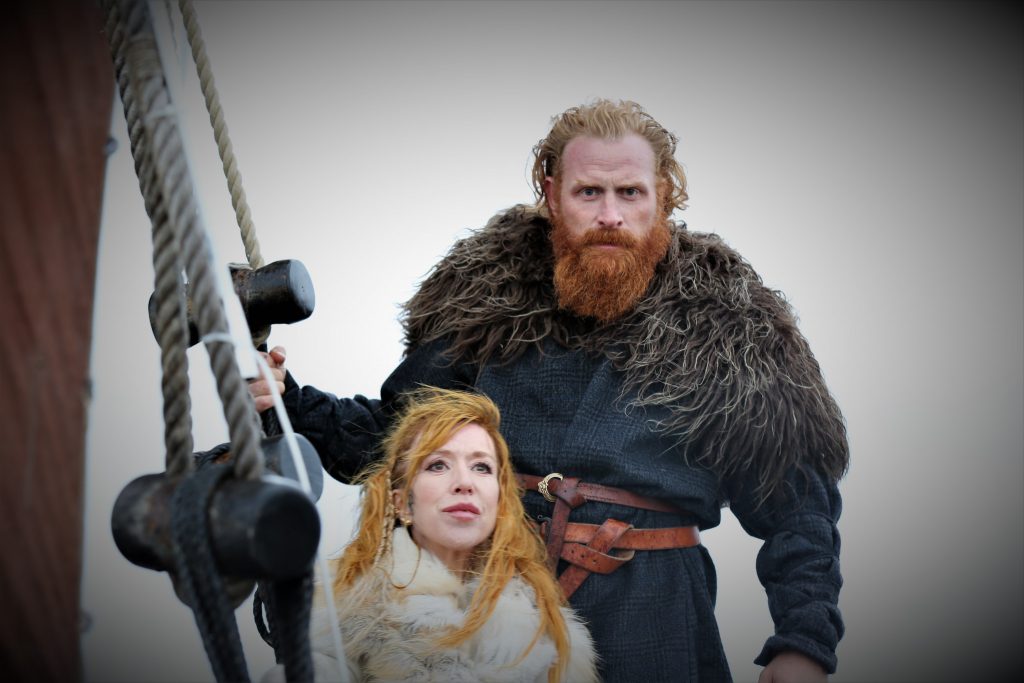 Game Of Thrones star Kristofer Hivju and his TV presenter partner Gry Molvær Hivju have struck a co-production deal with Zig Zag Productions and Wildflame for an unscripted series.

Set to debut at next week’s MIPCOM, True Viking is an endurance competition series in which contestants must, over five weeks, hone their ‘Viking’ skills and apply mental and physical strength to execute authentic Viking tasks set in the Norwegian fjords.

The show is hosted by Kristofer Hivju, who played Tormund Giantsbane in Game Of Thrones and his wife, the award-winning TV presenter and director Gry Molvær Hivju.

The show is being developed as a 10 x 60-minute series, and will be presented to buyers in Cannes next week.

True Viking is a co-production between the Hivju’s production banner Tindefilm and Wildflame Productions and Zig Zag Productions.

Gry Molvær Hivju, exec producer of Tindefilm, said: “Tindefilm – based in the homeland of the mighty Vikings – is honoured to bring this truly authentic Viking history adventure series to the international market. The Norse heritage runs through our veins, and we are passionate about sharing our magnificent ancestral past with the whole world.”

Paul Islwyn Thomas, CEO of Wildflame Productions, added: “Viking history is revered throughout the world. This extreme survival television adventure combines ancient skills with epic endurance set against a breathtaking backdrop. As passionate factual programme makers it gives us the opportunity to bring history to life as we’ve never seen it before as we challenge 21st-century men and women to step into the world of the most iconic and often feared tribes on earth.”

Danny Fenton, CEO of Zig Zag Productions, added: “True Viking is a compelling concept that combines endurance, history and adventure set against a breathtaking backdrop. We feel privileged to have been offered the opportunity to partner on this epic new project and are thrilled to be working with Tindefilm and Wildflame and revealing the series to international buyers at MIPCOM.”