Putting a fragmented audience back together (Column) 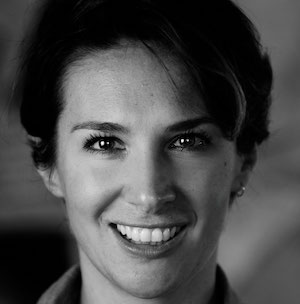 In a world where content continues as king, deal-making becomes ever more complex and NBC pulls the trigger on yet another platform for the market, it’s easy to become consumed with the day-to-day job of finding the next diamond in the rough, forgetting that we, like everyone, are viewers.

When we’re not hacking through catalogues, perusing development slates and anticipating where the next Survivor will emerge from, we too (I like to think I speak for most of us) like to spend our down time watching content. And on the rare occasion that we have the time, isn’t it nice to share a screen and embrace a comfort format?

But, as content destinations continue to evolve and we are faced with even more choice, co-viewing has become something from the past. While inevitably there are still some comfort titles that lend themselves to collective screening like Strictly Come Dancing and Bake Off, all too often we are seeing a splintering effect in our households triggered by the endless pool of content we’re confronted with.

Let’s face it, do any of us live in a household, whether it be with family or friends, where independent viewing hasn’t become all too frequent? Whether it’s your partner watching the Premier League in one room, your child enjoying Stranger Things in another, or a friend catching up on Line Of Duty on their iPad, while you tune in for the next instalment of Dead To Me, the traditional days of sharing a meal and then an episode of Noel’s House Party are far behind us.

Surely though, as we find ourselves in an increasingly fraught political climate, where the news agenda is occupied with the likes of Trump, Brexit and ecological devastation, we should be coming together and unifying in our homes to pick ourselves up from the negative outlook that exists elsewhere. And as those charged with setting the content schedules, we should be switching our attention from finding the next big ‘hit’ to focusing on developing, producing and finding comforting formats that have the potential to draw family, friends and common interest groups together.

These formats are like a Sunday roast: you can enjoy them as a family and go back for second helpings if you fancy a binge together. And ultimately, it’s our responsibility to unite not divide.

As a mum that travels a lot, I for one cherish those shows that come down the line and bring my own household together. Whether it be Love Island or Nailed It, First Dates or Blown Away, I am thankful for a series that lends itself to interactive viewing – and by this, I mean promotes conversation between my daughters and I, as opposed to just via our keyboards on Twitter. Isn’t it great when a show generates that water cooler chat and we suddenly remember why we do our jobs?

Sure, there may be some cynics out there. I mean, why would we look at bringing people together when Netflix is proving they like to allow subscribers to fulfill their own personal tastes on their own accounts. But there has to come a time when we put the algorithms behind us and concentrate on the human element of togetherness.

It’s not all doom and gloom thankfully – we are seeing some of these shows emerging. RuPaul’s Drag Race is a great example of a title that has struck a chord and is likely, when it hits the BBC, to inspire co-viewing parties, similar to those that emerged among Game Of Thrones fans. And let’s not forget Eurovision, which continues to reign as a collective LGBTQ+ favourite. But when we think about family specifically, are there enough of these titles coming through to draw kids away from tablets and back to the family?

Nickelodeon is thankfully starting to drive this change Stateside with family-orientated titles like Crystal Maze, being picked up. And in the Nordics, we’ve seen All Against 1 continue to go from strength-to-strength in bonding the nation as well as households. And as we see It’s A Knockout returning to screens, brands like Don’t coming to market and Fort Boyard celebrating 30 years on screen, there is a clear appetite for these universal titles for the family, as opposed to those designed purely for independent viewing.

So, as the gates open at the Palais, why don’t we drive a shift in our strategies and look to develop true comfort formats that can be enjoyed on any platform, anywhere. Let’s stop fragmenting households by directing everyone to their own screens and bring back one screen, one home, even if it’s only for a few hours each day.