Movie of the Week: Mister Mayfair 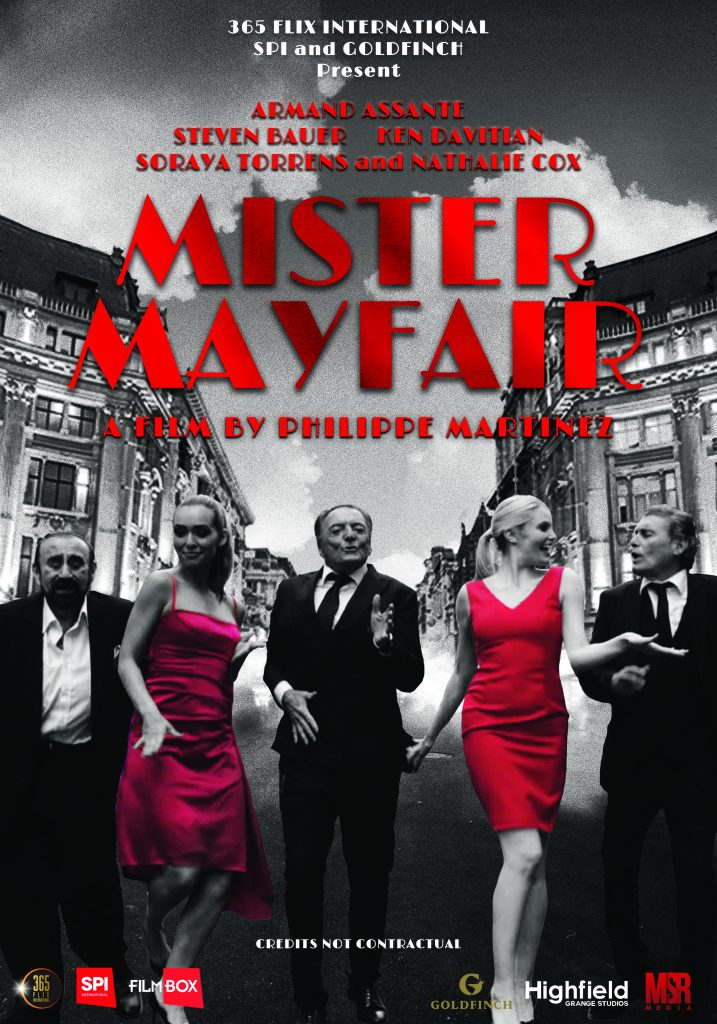 Former New York gangster Max Mayfair is living the ‘good life’ in London. He’s rubbing elbows with the most glamorous of crowds, has a Mayfair penthouse that’s widely known as every beautiful woman’s free crash pad, and runs one of the most illustrious clubs in all of Central London; eponymously called Mister Mayfair. At sixty-five, nothing can stop him — except the arrival of his unknown granddaughter Barbara, bearing stories of his past as a safe-cracking, New York gangster.

Barbara slams into Max’s life like a freight train: fast, furious, and ready to derail everything. In search of her last remaining family, Barbara arrives just months after her grandmother, Maria Perez, passes away in her hometown in Portugal. Max is stunned to discover that he has a granddaughter. He’s desperate to make up for lost time after learning that the daughter he never met died years ago too.

In a flash, Max’s easy-going world (and living arrangements) are turned inside-out. It doesn’t help that his two best friends, Mike and Armen, make a surprise drop in. They tell Max that they’ve killed big-time gangster Tony Two-Tone back in New York and need a place to crash until things settle down. When Max thinks things can’t get any crazier, Barbara reveals that she does indeed take after his side of the family. She talks the trio into helping her and her boyfriend JB pull off a heist in an accountant’s villa in town. The heist also serves as retribution for the accountant stealing and losing Maria and her friends’ investments years ago.

Mike and Armen, both in dire need of money, agree right away. Against his better judgement, Max finally concedes. The crew flies south, straight back to where Max’s heart was broken many years before when Maria’s parents refused to allow her to marry him. Once in the sunny, sparkling beauty of Maria’s hometown in Portugal, Max uses his safecracking skills to snatch the cash and the crew races off with almost five million euros in hand.

Before getting on his yacht back to London with his friends, Max warns Barbara and JB to be discreet with their bounty. Not heeding the warning, JB flamboyantly purchases a gold diamond ring for Barbara, putting them on the radar of the ferocious and vindictive Olga, a high-ranking member of the Russian Mafia. It turns out the accountant was just babysitting money for Olga’s boss and he wants his millions back– and he wants it now.

Back in London, Max is visited at his club by his old friend Viktor, accompanied by Olga. After a night of fun with the guys, Olga and Viktor reveal the real reason for their visit. Olga shows Max an image of Barbara and JB tied up and beaten by Olga’s henchman. She gives Mike and Armen two hours to return the stolen money or she’ll have Barbara killed. Thanks to a sly move with a shotgun by Max’s friend Ava, the tables quickly turn, and the Russians are taken captive by Max and his buddies. Max, Ava, Mike, and Armen save Barbara from the Russian Mafia.

Two months later, Max and Barbara arrive at the Mayfair Hotel for Barbara’s wedding. But as she steps out of the car, the gleam in her eye reveals that the wedding is not what it seems…