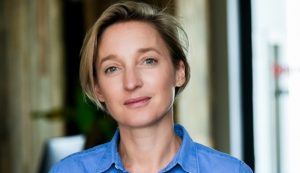 Bedford joined Tiger Aspect as an executive producer in 2014 and most recently moved into the role of creative director, working on a production and development slate that includes a yet-to-be-revealed series for ITV.

TBI understands she will take on the drama remit for Tiger Aspect previously held by Patrick Spence, who is leaving at the end of the year to launch a new drama outfit with ITV Studios. He will, however, continue to run Fifty Fathoms, which sits within the Tiger Aspect umbrella.

Prior to joining Tiger Aspect, Bedford was an executive producer at Ecosse Films and spent time at Granada Television. She has credits on shows including ITV’s The Good Karma Hospital, BBC Two’s Life In Squares and BBC One’s Mistresses.

Kavanagh added: “She has fantastic relationships across the board with writers, commissioners and talent and I have no doubt that the team will go from strength to strength under her leadership.”

Bedford said: “It’s a real privilege to step into this new role at Tiger at a time of such opportunity and competition in the industry as a whole.

“Tiger’s culture is built on an ingrained understanding that our job is to help talented people do their best work and this remains our north star as we build the next generation of lively, entertaining, ground-breaking shows.”

Lucy takes up her position with immediate effect and will report directly to Kavanagh.